The Department of Agriculture is also taking steps in six other villages of Patiala district to facilitate residue management. 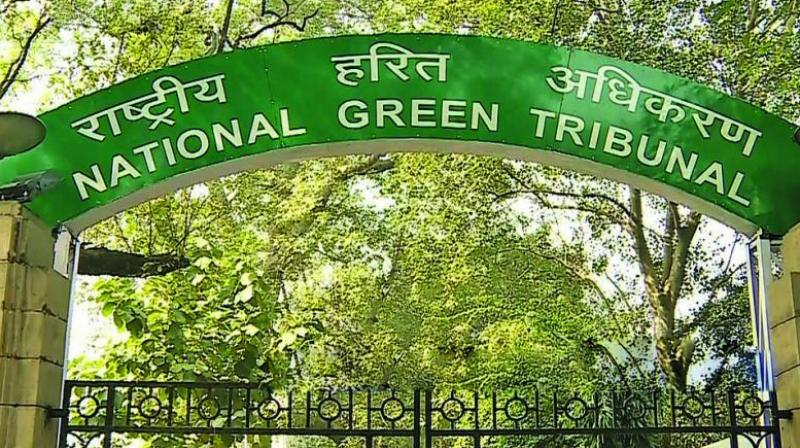 The NGT had on Wednesday directed the Punjab government to produce before it 21 farmers which it claimed to have helped by giving incentives and infrastructural facilities to prevent them from burning crop residue in a bid to check air pollution. (Photo: Representational/File)

Chandigarh: The Punjab government is set to present over 30 farmers on Friday before the National Green Tribunal (NGT) in response to the latter's directive to produce 21 farmers incentivised to check stubble burning.

The NGT had on Wednesday directed the Punjab government to produce before it 21 farmers which it claimed to have helped by giving incentives and infrastructural facilities to prevent them from burning crop residue in a bid to check air pollution.

"Not only will the government produce over 30 such farmers, the Department of Agriculture will also update the court on the actions taken so far to manage paddy straw in Kallar-Majri village, Nabha (Patiala)," an official release said here on Thursday.

The detailed list of activities, which include installation of machines to farmers in the village, will be provided to the NGT, it said, adding that the equipment was already operational across 67 acres of land.

The department is also taking steps in six other villages of Patiala district to facilitate residue management and the same will also be apprised to the NGT, it further stated.

The government, as per an earlier directive of the Tribunal, is also exploring ways and means to provide incentive as compensation to the farmers to stop them from burning stubble.

The state government had requested the Centre for grant- in-aid for providing incentive to the farmers, with the chief minister having written to Prime Minister Narendra Modi seeking Rs 100 per quintal to be incorporated in the minimum support price for paddy.

The state has proposed that such compensation be given only to those farmers who efficiently manage the paddy straw without burning it, the release said.

The Congress government was going all out to resolve the stubble burning issue in the interest of all concerned, it said, rejecting the statement of former Akali minister Bikram
Singh Majithia that the government was victimising the farmers instead of helping them.

"It was in the interest of the government to incentivise and help the farmers to check stubble burning as the environmental safety of the state depended on it," said the release.

Asserting that there was no question of penalising the farming community, it pointed out that the chief minister had made his government's stand on this issue amply clear.