Honeypreet has been charged with sedition by Haryana Govt for allegedly inciting violence after Ram Rahim's rape conviction. 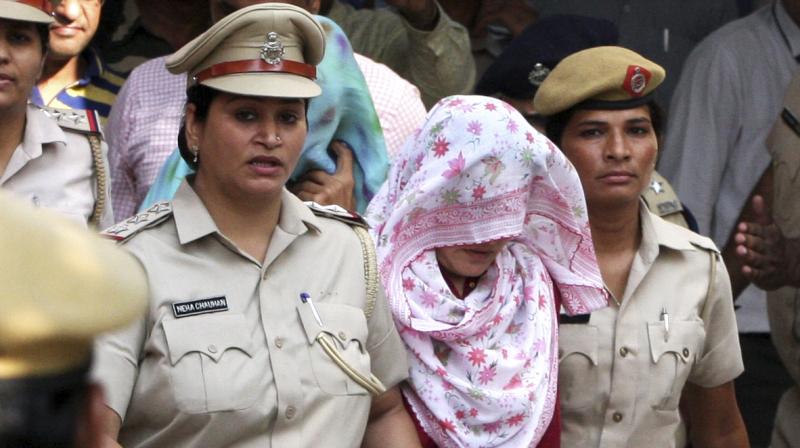 During the investigation, Haryana Police claimed that Honeypreet was not cooperating during the interrogation. (Photo: PTI)

Panchkula Police brought Honeypreet to the district court from the Chandimandir police Station as her custody ends on Friday.

Police informed the court that a mobile had been recovered from her.

On Tuesday, the court had sent Honeypreet and her aide Sukhdeep Kaur to a three-day police remand.

Earlier on October 4, the court had sent Honeypreet to a six-day remand, after the police had sought a 14-day remand to interrogate her and establish a connection between Honeypreet and the violence in Panchkula following Ram Rahim's rape conviction.

During the investigation, Haryana Police claimed that Honeypreet was not cooperating during the interrogation.

Panchkula Police Commissioner A S Chawla has said that Honeypreet is misleading the police.

Haryana Police had arrested Honeypreet from Zirakpur on October 3, around 25 kilometers from Chandigarh. She has been charged with sedition by Haryana Government for allegedly inciting violence after a Panchkula Central Bureau of Investigation (CBI) court held Dera chief Gurmeet Singh guilty in a rape case.