WB ADG Anuj Sharma said that they have received information that Bimal Gurung has links with North-East insurgent groups and Maoists. 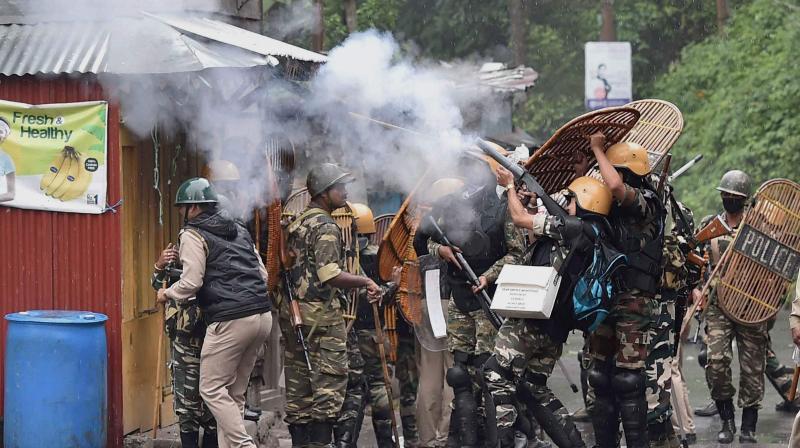 Darjeeling (WB):  A policeman was killed and several police personnel were injured on Friday in clashes with GJM supporters loyal to party supremo Bimal Gurung at a forest in the Darjeeling hills.

"We have specific information that Bimal Gurung (GJM President) had instructed his cadres to attack police personnel," Sharma added.

Trouble started around 5 am when a police search party raided a hideout inside the forest near the Patlebas area, a stronghold of Gurung, the police said.

Acting on an information that Gurung was hiding in the area, the police conducted raids during which the GJM leader's supporters fired and pelted stones, they said, adding that the clashes are still on.

Gurung has been hiding since August after cases under Unlawful Activities (Prevention) Act were registered against him for his alleged involvement in various bomb blasts in Darjeeling and adjoining areas.