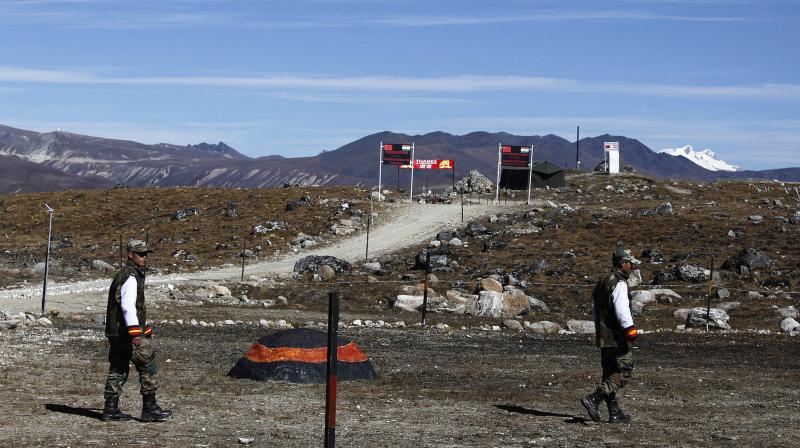 Indian army soldiers walk along the line of control at the India- China border. It has also been decided all security forces will remain at their respective locations all through the winter to deal with any Chinese threat. (AP)

New Delhi: The Union home ministry has started preparing well in advance for any potential threat from the Chinese forces in the coming winter season. It has started rushing bulk supplies of essential commodities, like special winter tents and heaters, warm clothes, sunglasses and packaged food.

The MHA is trying to ensure that adequate stocks for over six months are available at all high-altitude border locations along the India-China border in the next 10 days. Sources claimed a large consignment of “good quality essential supplies” were being transported to all remote locations in the high-altitude region. In view of the increased tensions with China in Ladakh, the Indian forces are making unprecedented arrangements to ensure China doesn’t attempt any border incursions during winter.

The MHA has already asked all border guarding forces to send in their specific requirements for winter deployment along the sensitive China border. It also directed these forces, particularly on the China and Nepal borders, to finalise their “winter deployment schedule” by this month and start deployment from next month to deter any Chinese mischief.