Earlier this year, ED requested Interpol to issue a Red Notice against Nehal for his role in helping Nirav launder bank funds.

Earlier this year, the Enforcement Directorate (ED) had requested the Interpol to issue a Red Notice against Nehal for his role in helping Nirav launder bank funds. 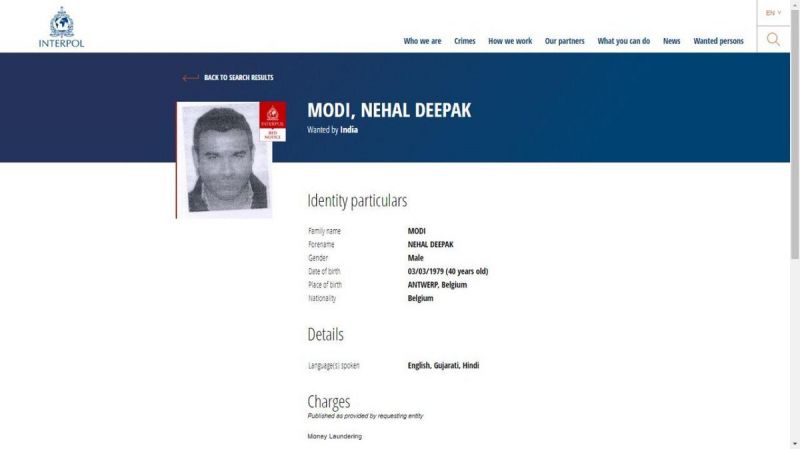 According to sources in Enforcement Directorate, Nehal is a Belgian national and lives in New York City. He was the director of the now defunct and at one time Nirav Modi's flagship firm Firestar Diamond Inc. The company filed for bankruptcy in the US a month after the fugitive and his family left India.

A London court had also indicated that Nirav Modi may have been using his US-based brother Nehal to do his "dirty work as it were". "There does seem to be a luring away of witnesses and some pressure that took witnesses away from India," Chief Magistrate Emma Arbuthnot had noted in May while hearing a case on his extradition to India.

Nirav Modi, who allegedly cheated state-run Punjab National Bank (PNB) of nearly USD 2 billion, is in jail in London. His judicial custody ends on September 19. Since his arrest, Nirav Modi has attempted to get bail but it has been rejected multiple times, the fourth and final time being by the UK High Court in June.

Nirav has been accused of forging bank guarantees known as letter of undertaking (LOU) that allow its customer to raise money from another Indian bank's foreign branch in the form of a short-term credit. He allegedly channelled this money into shell companies.