Rahul Gandhi asked why Arun Jaitley didn’t inform CBI or ED when Vijay Mallya informed him about going to London. 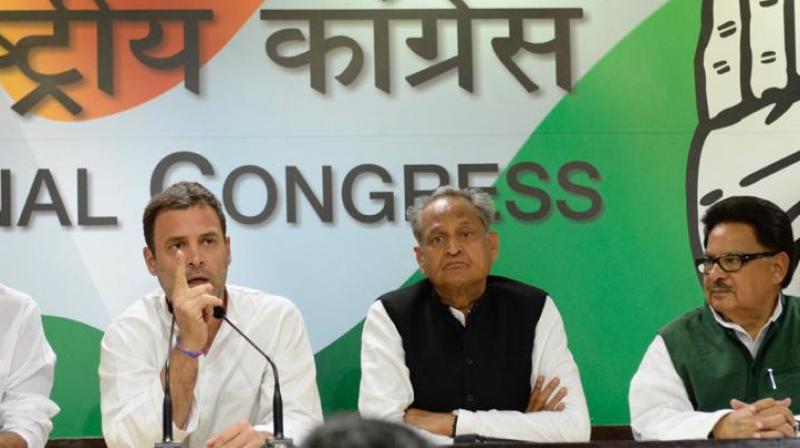 New Delhi: Congress president Rahul Gandhi on Thursday slammed Arun Jaitley over Vijay Mallya’s alleged claims that he met the Finance Minister with a settlement offer before leaving the country.

Rahul asked why Jaitley didn’t inform any central probe agencies or police when Mallya informed him about going to London.

“Finance Minister Arun Jaitley first claimed that he never met Vijay Mallya, but Mr. Mallya met him in the corridor and informed that he was going to London. Why didn't the finance minister then inform CBI or ED?” the Congress president asked at a press conference in Delhi.

Congress lawmaker P L Punia, who also addressed the press conference, said: “I have clearly stated about this (Vijay Mallya meeting Arun Jaitley) in each of my interview with media. There are CCTV cameras, we can all see that for proof. If I'm wrong I'll resign from politics.”

Further alleging “collusion” between Jaitley and Mallya, the Congress president demanded resignation of the Finance Minister. “This is a clear-cut case of collusion. There is some deal between them. Finance Minister Arun Jaitley must resign and this should be investigated,” Gandhi said.

Ahead of his extradition hearing before the London’s Westminster Magistrate Court, Vijay Mallya on Wednesday claimed that he met Finance Minister Arun Jaitley before leaving the country.

Rubbishing his claims, Arun Jaitley in his Facebook blog said, “He (Mallya) paced up to catch up with me and while walking uttered a sentence that ‘I am making an offer of settlement’. Having been fully briefed about his earlier ‘bluff offers’, without allowing him to proceed with the conversation, I curtly told him ‘there was no point talking to me and he must make offers to his bankers’.”

“Yesterday (Wednesday), Finance Minister Arun Jaitley said that Vijay Mallya had formally approached him in Parliament. He writes lengthy blogs but why did he not mention any of this before?” the Congress chief asked.