At present the Air Force has 31 squadrons of fighter jets against the sanctioned strength of 42 squadrons. 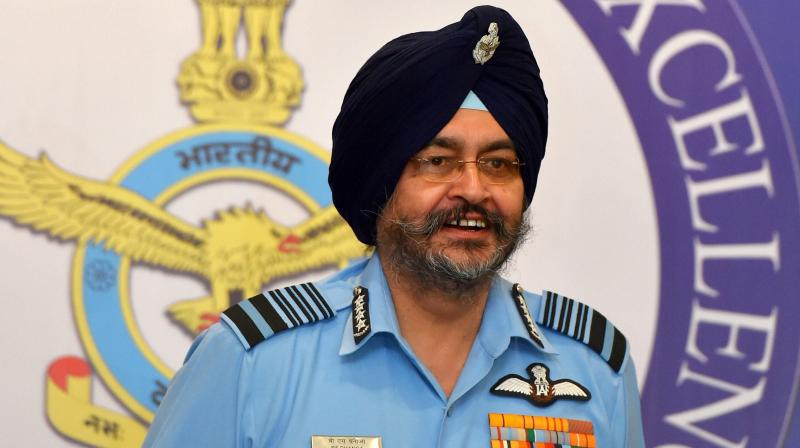 New Delhi: Air Force chief B.S. Dhanoa on Wednesday claimed that India was facing severe threat and security challenges unlike any other country in the world adding that Air Force had to enhance to further enhance its capacity since intentions of adversaries could well change overnight.

Mr Dhanoa claimed countries like China in India’s neighbourhood were not sitting idle and were modernising their Air Force capabilities significantly. The Air Force chief was speaking at a seminar on ‘IAF’s force structure, 2035’ in the capital. Procuring Rafale fighter jets and S-400 missile systems would further enhance IAF's capability, he added.

As Air Force is already facing a severe shortage of fighter aircraft in wake of India facing major security challenges, Mr Dhanoa admitted that purchase of 36 Rafale jets, which is two squadrons, would help the force deal with the situation.

“Whenever the government felt the air power element of the defence forces is likely to be in a disadvantageous position, it has gone in for emergency purchases of the aircraft under the umbrella of the inter-governmental agreement,” the Air Force chief said.

Even in the past in case of an emergency situation the government has gone for purchase of fighter aircrafts on several occasions in the past, he claimed. “By providing the Rafale and S-400, the government is strengthening the IAF to counter the shortfalls of our depleting numbers,’’ Mr Dhanoa added.

Mr Dhanoa pointed out that all these procurements were being done under the umbrella of the inter-governmental agreement. Acquisitions under this arrangement were faster and the quickest means of achieving operational capability of the IAF, the chief claimed.

At present the Air Force has 31 squadrons of fighter jets against the sanctioned strength of 42 squadrons. “But even when we do have 42 squadrons, we will be below the combined numbers of two of our regional adversaries, he added while referring to China and Pakistan. While justifying the decision to procure only two Rafale squadrons,” Mr Dhanoa said