Most of the schools and colleges remained closed in major cities across Punjab. 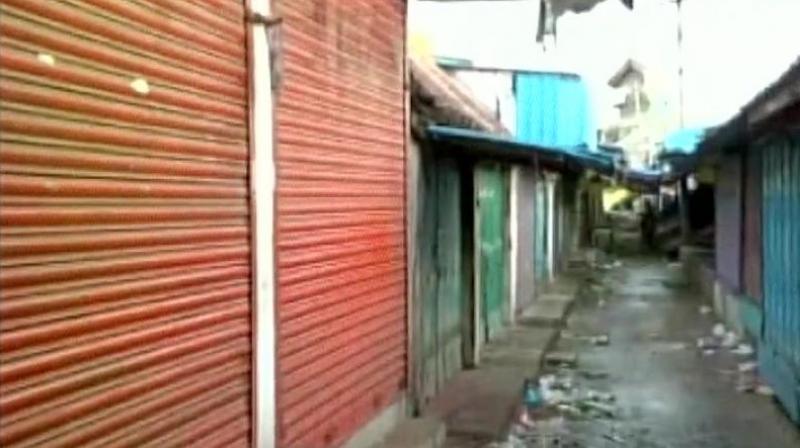 Chandigarh: Protesting against the demolition of the historic Ravidass temple in Delhi, a Punjab bandh was announced by the Ravidasia community on Tuesday.

Most schools and colleges remained closed in major cities across Punjab in wake of the state-wide shutdown called by the community members.

Traffic movement on the Jalandhar-Delhi National Highway in Jalandhar was also disrupted.

The Punjab School Education Board postponed the Class 10 and 12 supplementary exams scheduled for Tuesday. The Class 10 maths exam and Class 12 exams of political science, business studies and physics were also postponed, NDTV reported.

As scores of protestors took to the street on Monday, shops in Nawanshahr town, around 80 km from Chandigarh, reamined shut.

The Delhi Development Authority (DDA) in a statement issued Monday said the "structure was removed as per the orders of the Supreme Court".

"The standing semi-permanent structure was dismantled peacefully without any resistance or use of force in the presence of Guru Ravi Das Jayanti Samaroh Samiti members," DDA wrote in a statement.

"Therefore, the Honourable Supreme Court ordered that the premises be vacated and the structure be removed by the Delhi Development Authority (DDA) with the help of police," it said.

On Sunday, Punjab Chief Minister Amarinder Singh sought Prime Minister Narendra Modi's intervention in resolving the tension triggered in the Ravidassia community after the demolition. The members of the community have also decided to observe Independence Day as a "black day".

The chief minister also reached out to Union Minister of Urban Development Hardeep Singh Puri for help in pacifying the situation and forming a five-member committee comprising of cabinet ministers.

In a series of tweets, Shiromani Akali Dal President Sukhbir Singh Badal condemned the demolition. “The demolition of the 500-year-old Sri Ravidas temple in Delhi is condemnable and testifies @AamAadmiParty's thought process. Held a meeting with party's senior leadership in Delhi on the tense situation emerged out of the incident. The entire @Akali_Dal_ leadership decided that the decision took by AAP has hurt the sentiments of the entire Ravidas community and must be opposed strongly. Party delegation will soon approach Home Minister @AmitShah Ji and bring to his notice the seriousness of the matter,” he tweeted on Monday.

The Ravidass community is an important vote bank in Punjab, It accounts for 32 per cent of the electorate.

The members of the community worship Guru Ravidass, founder of Ravidass Panth or Ravidasia religion. The religion is an off-shoot of Sikhism.

The community mainly comprises of Dalits, known as chamaars (a caste which deals with chores associated with skin and hides). Guru Ravidass was born in a chamaar family.