Two doctors of NDRF along with paramedics and support staff are stationed at the camp with essential medicines. 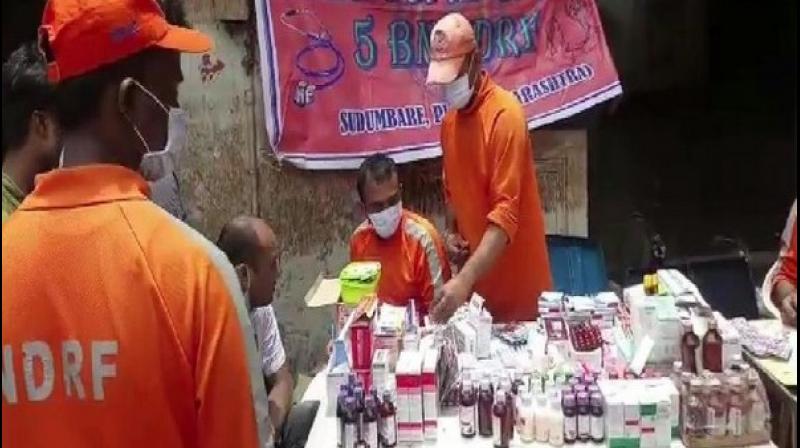 Sangli: The National Disaster Response Force (NDRF) on Tuesday established a medical camp on Haripur Road in Sangli to ensure medical help to people in the flood-affected district.

As the rescue operations are coming to an end in Sangli and Kolhapur districts, the authorities have set up the camps to ensure that people receive necessary medical attention.

Two doctors of NDRF along with paramedics and support staff are stationed at the camp with essential medicines.

As on Monday, 43 people have lost their lives due to floods in Pune division as the floods caused by heavy rainfall has brought life to a standstill.

More than four lakh people were rescued from 584 villages and evacuated to 596 temporary shelters in Pune, Sangli, Kolhapur, Satara and Solapur districts.

Around 302 medical teams are currently active in Satara, Sangli and Kolhapur districts.

Light to Moderate rainfall has been predicted by the India Meteorological Department in the five districts of Pune division for the next four days.