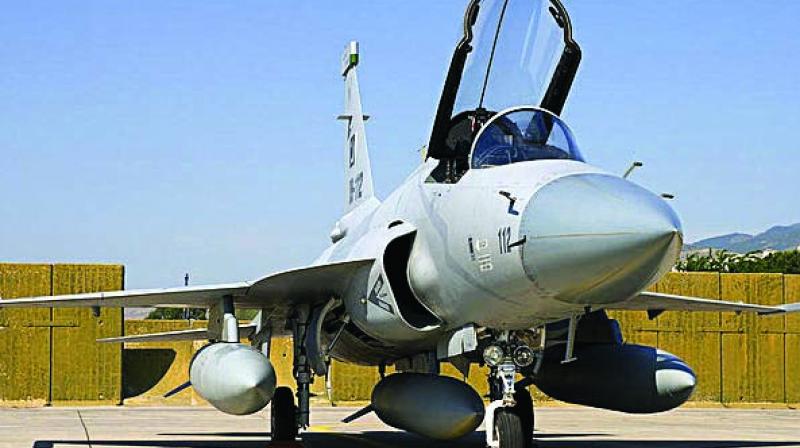 New Delhi: Pakistan is moving its fighter aircraft at forward air base Skardu near Ladakh, said reports by the intelligence agencies.

Pakistan is expected to deploy JF-17 fighter aircraft at Skardu air base. The intelligence agencies are keeping a close watch on the activity at the air base.

In the past, Pakistan has used the air base to support its Army operations on the border with India.

JF-17 is now the back bone of the Pakistan Air Force (PAF)  defence as US has stopped sale of new F16 aircraft to Pakistan. Chinese JF-17 is a single-engine fighter which can be used for ground attack and aircraft interception. However, unlike India’s top line aircraft Su-30, which can carry 8 beyond-visual-range (BVR) missiles, JF-17 can carry only four BVR missiles.

Indian Air Force is already on high alert and has been conducting Combat Air Patrol (CAP) over Jammu and Kashmir.

IAF has the Airborne Warning and Control System (AWACS) aircraft to monitor the airspace deep inside the enemy territory and operates on secure communication with network-centric warfare capabilities.

Pakistan’s government and Army is under pressure from the domestic front to do something after Centre revoked article 370 from Jammu and Kashmir (J&K).

Skardu Airport is a domestic civil airport in Skardu in Gilgit-Baltistan area of Pakistan Occupied Kashmir (PoK), which also serves as PAF’s forward operating base.