The deep wildlife crisis in the country is illustrated by the current situation of Asian elephants. 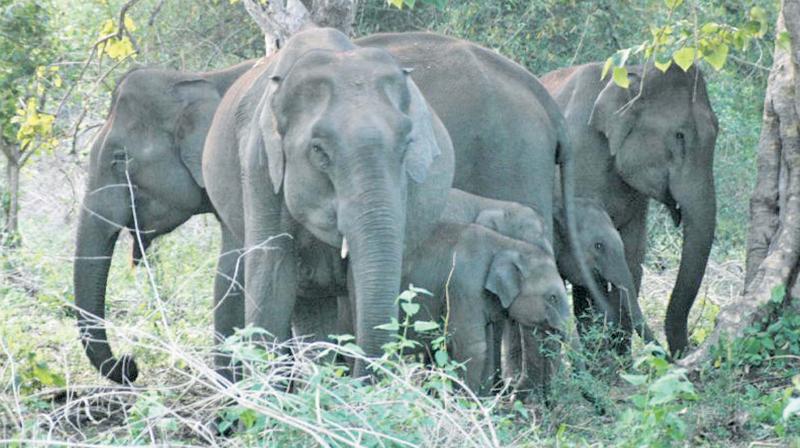 Bengaluru: With forests being encroached in the name of infrastructure development, the intimate connection between the wildlife and diverse eco-system is constantly being disturbed. The deep wildlife crisis in the country is illustrated by the current situation of Asian elephants.

Elephants enjoy the highest status of Schedule I species in the Wildlife Protection Act of India, 1972, but unfortunately situation on the ground is completely different.

“It is disappointing that today, only about 27,000 wild elephants live in the country, as against a million a decade ago, which is a 98% fall in the population. India is home to over 50% of Asian elephants in the world, making it the last stronghold of these majestic creatures. They face the threat of shrinking forest ranges, habitat defragmentation, poaching, captivity, and anthropogenic pressure,” claimed Mr Kartick Satyanarayan, co-founder, Wildlife SOS, which started working with elephants in 2010 to save them from being subjected to severe abuse and cruelty.

“Captivity of elephants is associated with the cultural history of India and is accepted. But it masks the sad reality of illegal live elephant trade across the country. Captive elephants are found to be suffering from health issues, like foot rot, arthritis and compromised nutrition. These elephants are worked to the point of exertion and once their health problems hinder their movement, they are disposed of,” he said.

According to a census carried out in 2018 by Project Elephant, there were 2,454 captive elephants in the country. This number is likely to decrease as elephants will subsequently age and the Wildlife Protection Act, 1972 forbids the capture of new calves for captivity.

Access to veterinary aid is a rarity, and the Wildlife SOS has been bringing critical medical aid to distressed elephants through its mobile veterinary unit. The NGO takes care of both wild and captive elephants in Karnataka, Maharashtra, Uttar Pradesh, Uttarakhand and Kerala.

“Often, simple injuries become chronic because of untimely or absence of treatment. Especially foot injuries have the tendency of becoming fatal to elephants. It is imperative to improve the condition of these elephants. We have been engaging with elephant keepers in different states to sensitise them about humane management of elephants,” he said.