India   All India  13 Aug 2018  Give security to Hapur lynching survivor: SC asks UP police for status report
India, All India

Give security to Hapur lynching survivor: SC asks UP police for status report 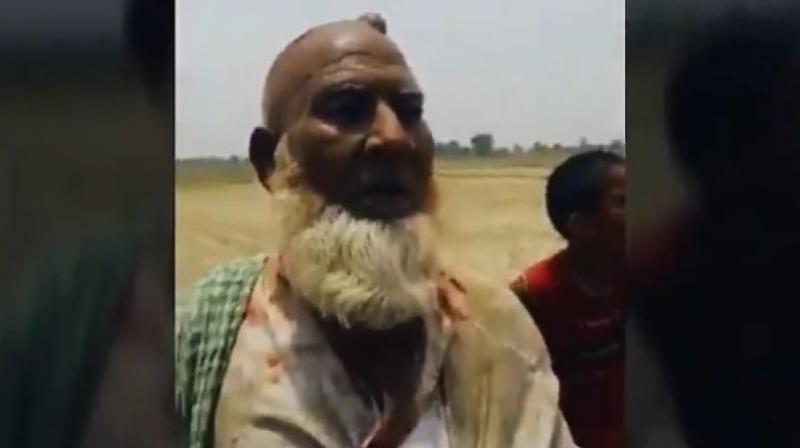 Samiuddin denied allegations of cow slaughter and said he was a farmer with no history of cases of cow theft or slaughter. (Photo: Screengrab | Twitter @imMAK02)

New Delhi: The Supreme Court on Monday directed Superintendent of Police of Hapur to consider granting security to Samiuddin, sole survivor of the Hapur lynching case.

The apex court also directed the Meerut Inspector General of police to conduct inquiry into the lynching case and file status report within two weeks.

The court has also sought response from the Uttar Pradesh government in the alleged lynching case.

Four people including the main accused, Rakesh Sisodia, were granted bail earlier this month as they reportedly told the court that they had no role in the attack.

According to reports, Sisodia in a written statement to the court had said that he was not even present at the spot where the incident of lynching took place and hence he was no way closely associated in the attack.

But on hidden camera, he bragged about his role in the lynching and even said that he had accepted the same before jail authorities.

On June 18, 45-year-old Qasim and his 65-year-old companion Samuddin were beaten by a group of men in Uttar Pradesh's Hapur. While Qasim succumbed to his injuries, Samiuddin escaped with injuries.

The incident was caught on mobile phone cameras and was widely circulated.

In one of the videos surfaced after the incident, Samiuddin was forced by the mob to say he was slaughtering a cow in their field. His beard was pulled by mob and abuses were hurled at him.

Samiuddin denied allegations of cow slaughter and said he was a farmer with no history of cases of cow theft or slaughter.