In a separate incident from the LoC’s Keran sector, an Army jawan was injured in a landmine explosion. 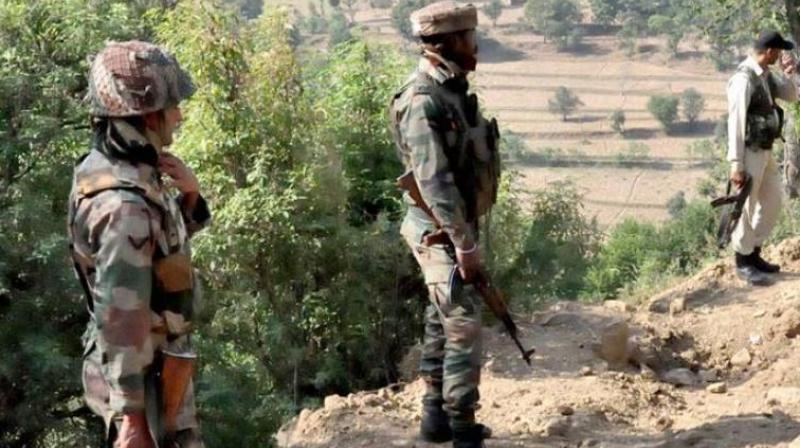 Srinagar: A woman was killed in the latest ceasefire violation by Pakistani troops along the Line of Control in Jammu and Kashmir’s Poonch on Saturday.

The Army said that the Pakistani troops targeted Indian forward positions and civilian areas with small and medium weapons and mortars in Poonch’s Mendhar sector at 5.30 am, killing 45-year-old woman Ruqia Begum, a resident of Upper Golat village.

In a separate incident from the LoC’s Keran sector, an Army jawan was injured in a landmine explosion. Rifleman Akshay Kumar received splinter injuries in the explosion near Balbir Post in Keran sector, the police said. He was evacuated to Srinagar’s 92-Base Hospital of the Army, they added.

Meanwhile, Army official Naib Subedar Jagram Singh Tomar was injured in Pakistani firing in Krishna Ghati sector of LoC on Saturday. He was succumbed at a medical facility, the Army said.