At least 100 people, including forest officials and villagers took part in the hunt, but Mr Khan said he was the only person authorised to shoot. 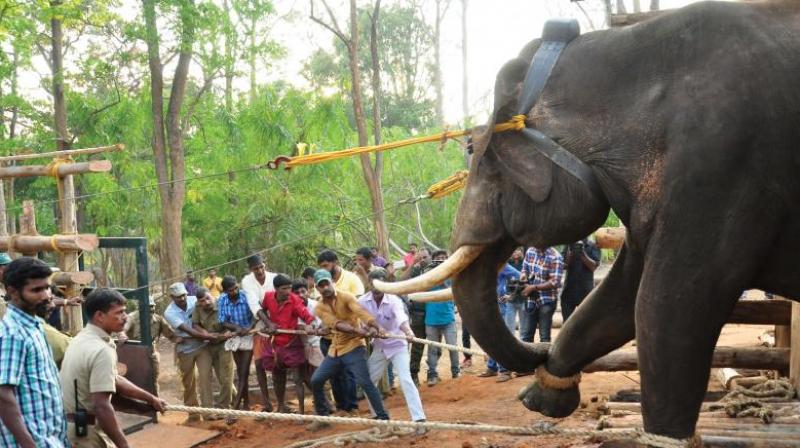 New Delhi: India’s top hunter told on Saturday how he felled a rogue elephant which had killed 15 people in a series of attacks since March.

Nawab Shafat Ali Khan said he shot the elephant late on Friday just hours after being called in by authorities. Saturday was World Elephant Day.

Mr Khan said he shot the elephant at point-blank range, but before the animal fell it tried to swing its trunk at the hunting party, forcing him to fire a second time.

“If we had been hit by his truck it could have been fatal. It was a dangerous operation,” Mr Khan said of the hunt in Sahibganj district of Jharkhand.

The marauding elephant, believed to have lost its way after becoming separated from its herd, crushed four victims in Bihar in March before crossing into Jharkhand and killing 11 more.

Jharkhand’s chief forest and wildlife conservator L.R. Singh said the decision to kill the elephant came after a week-long operation to try to tranquilise and capture the animal.

“It was quite a difficult operation because of the thick bushes and since the animal had turned rogue, it charged at us before I pulled the trigger,” Mr Khan said.

At least 100 people, including forest officials and villagers took part in the hunt, but Mr Khan said he was the only person authorised to shoot.

The area is inhabited by the Paharia tribe, one of the poorest indigenous tribal communities.

Mr Khan, who has carried out 24 previous government-sanctioned hunting missions, said he was baffled by the elephant. “This entire belt is inhabited by native tribal communities who have co-existed with wildlife for centuries, the elephants behaviour — that he was stalking humans — is still a mystery.”