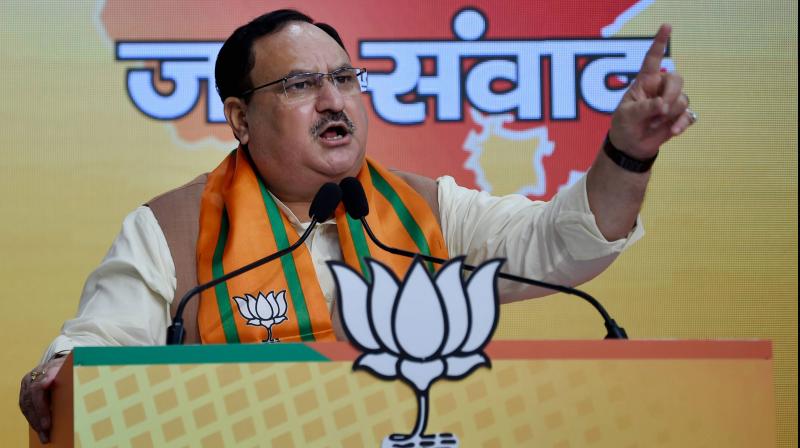 New Delhi: BJP president J P Nadda on Monday termed the death of party leader Debendra Nath Ray as a "suspected heinous killing" and alleged that it showed the "gunda raj and failure of law and order" under the Mamata Banerjee government in West Bengal.

Ray was found hanging near his home in Hemtabad area of North Dinajpur district on Monday morning.

Nadda said, "The suspected heinous killing of Debendra Nath Ray, BJP MLA from Hemtabad in West Bengal, is extremely shocking and deplorable. This speaks of the Gunda Raj & failure of law and order in the Mamta govt. People will not forgive such a govt in the future. We strongly condemn this."

Ray had contested and won the Hemtabad assembly segment -- a reserved seat for Scheduled Castes -- on a CPI(M) ticket but had switched over to the BJP last year after the Lok Sabha polls. He, however, did not resign as CPI(M) legislator in the state assembly.

The BJP leader's family has demanded a CBI inquiry into the incident as they suspected that he was murdered.

"We think he was murdered. There should be a CBI inquiry into the killing," a family member said.