Knee deep water has been flowing inside the 15 wards of Cooch Behar Municipality. 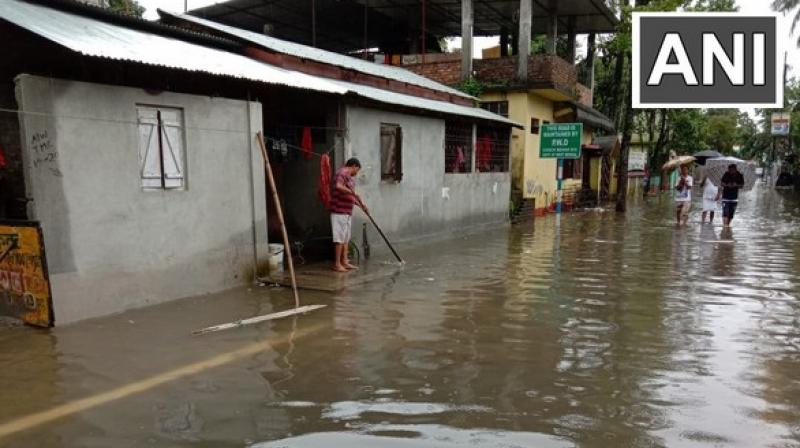 'A couple of houses have also submerged in water. There is water-logging everywhere. The situation has become worse in the last two days,' said a local. (Photo: ANI)

Cooch Behar: Normal life in several parts of Cooch Behar has been hit due to water-logging caused by continuous rainfall occurring for over 24 hours.

Knee deep water has been flowing inside the 15 wards of Cooch Behar Municipality. According to the irrigation and waterways department, in the past 24 hours, the district has received 167.89mm of rainfall.

"The situation is becoming worse here as the level of waterlogging is increasing on the roads. Children are not able to go to school. We do not know what to do," said a local.

"A couple of houses have also submerged in water. There is water-logging everywhere. The situation has become worse in the last two days," said another local.

The continuous rains have led to the rising water level in the Torsa river, forcing people to migrate to other places. Local administration is making efforts to bring back normalcy by pumping out water from the blocked roads.