Sunanda was a successful businesswoman from Dubai, and she was used to living the high life, in the limelight. 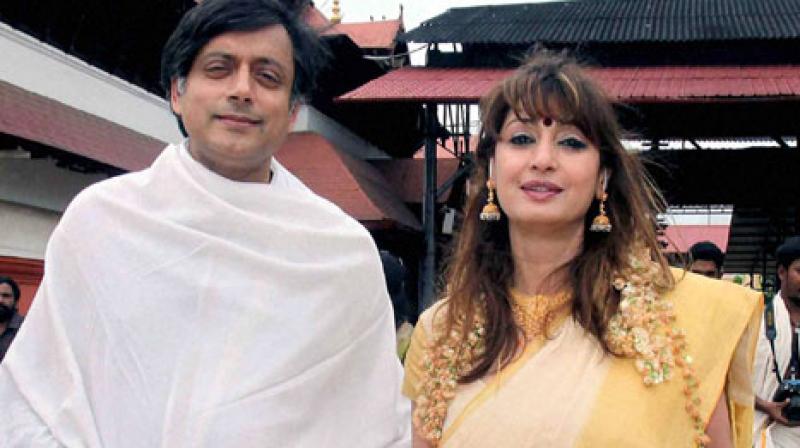 Just when you thought the mystery surrounding Sunanda Pushkar’s untimely death was put to rest it has come to life again. This is because after four years of investigations, the Delhi police have filed a three-thousand-page chargesheet alleging that her husband Shashi Tharoor had subjected his wife to cruelty and it accuses him of abetting in her suicide. Just six months ago in October 2017, the same team of special investigators declared that they had not found anything against anyone. What has suddenly changed that? It makes one wonder, is Mr Tharoor being framed with another media trial taking up precious time and besmirching his reputation?

In such a high-profile case as Sunanda Pushkar’s death, matters are highly sensitive. Mr Tharoor is a public figure, besides being a Congress leader he is also currently serving as the member of Parliament from Thiruvananthapuram, Kerala. A former diplomat, he is a youth icon who has authored several books. To cast aspersions of this nature against a man of such moral fibre is outrageous to say the least. In fact, Mr Tharoor has openly challenged these allegations on Twitter. Just a few days ago he tweeted: “I have taken note of the filing of this preposterous charge sheet and intend to contest it vigorously.”

Close friends of Mr Tharoor say he is most hurt by malicious allegations of assault by him. He is a gentleman to a fault and has never raised a hand against anyone, man, woman or child. He would have considered it unthinkable to strike any woman, let alone his wife. The police know this and do not have a single complaint by anyone — Sunanda or her friends or relatives — alleging that Mr Tharoor ever struck her. Such false stories in the media show how low they are stooping to tarnish an innocent man.

If a husband and wife fight sometimes, does it amount to cruelty? It is well known that Mr Tharoor and Sunanda were deeply in love. They were openly affectionate, lived uninhibitedly in the public eye, were often seen holding hands or feeding each other from each other’s plates. After a whirlwind romance that unfolded from Dubai to Muscat, they married in 2010 and their honeymoon was the stuff of fairytale romances, with Mr Tharoor quoting poetry and breaking into old Bollywood songs in ode to her beauty on national television. However, in 2013, there were some signs of unrest.

Sunanda was a successful businesswoman from Dubai, and she was used to living the high life, in the limelight. As any relationship transitions from the honeymoon phase to a more everyday existence, there are bound to be hiccups. All relationships go through stress. Sunanda was a host extraordinaire and she was always the life of the party. She had a very hectic social life, which Mr Tharoor could not always keep up with, given his duties as a politician. This could have been a cause for disagreement between them, but does that amount to cruelty?

Rather than evidence of cruelty, all this goes to show that Sunanda was the apple of Mr Tharoor’s eye. The two were planning to travel to Jaipur just before the fatal dosage of regular prescription drugs took its toll. Sunanda was known to be a very strong and bold woman who took spur of the moment decisions. She walked out of her troublesome and unhappy marriage with Sanjay Raina in 1986, after which she headed off to Dubai to become a successful businesswoman.

Then she married Sujit Menon in 1991, who was Mr Raina’s good friend and business associate and helped her through the difficult times. Alas, Menon died mysteriously in a car crash in 1997, amidst whispers of an ongoing financial crisis. After that Sunanda migrated to Canada with their son Shiv who had developed a speech disorder. It is said he was her primary focus and she had plans for him to become a Bollywood star. However, Shiv indicated a more academic bent of mind and Sunanda desired the successful lifestyle she lived in the Emirates. It wasn’t long that she migrated back to best-suited Dubai.

This speaks of a woman who liked to live life on the edge: strong, ambitious and at the centre of everything. These vertiginous highs and abysmal lows did however take a toll on her mental health and it was no secret that Sunanda took mood elevators and sleeping pills. According to reports, it was the fatal dose of sleeping pills that led to her death. But grounds for suicide rest on extremely flimsy speculations. Why would she take her life now, when she was financially stable and with the man of her dreams?

Perhaps, it’s time that people listen again to the open testimony of Sunanda’s son Shiv on the day he lit the pyre at her funeral at Lodhi Estate. “My step father Shashi Tharoor loved my mother and he was incapable of harming her. Anyone who knew my mother would know she was too strong to ever want to end her life. It was a combination of media stress, tensions and a wrong mix of different medications that led to her demise.” While the son has made peace with the untimely loss of his mother, it appears that the media, courts and the police are hell-bent on finding someone guilty.

The whole issue looks highly suspicious and it would be a shame if an innocent man is accused or tarnished. A series of Supreme Court and high court judgments, including the current one by CJI Dipak Misra, have made it clear that the definition of what constitutes abetment to suicide requires a very high level of instigation by the husband. This case doesn’t even come close to fulfilling those requirements. There seems to be little doubt that Mr Tharoor will prevail in the end. But the long legal process, media trials and gossip will take its toll. He will be tied up in court instead of campaigning in his constituency. It will extract a heavy price on him especially during the months leading up to the national elections. It is hard to avoid the conclusion that the real purpose of this pointless prosecution of an innocent man is political.