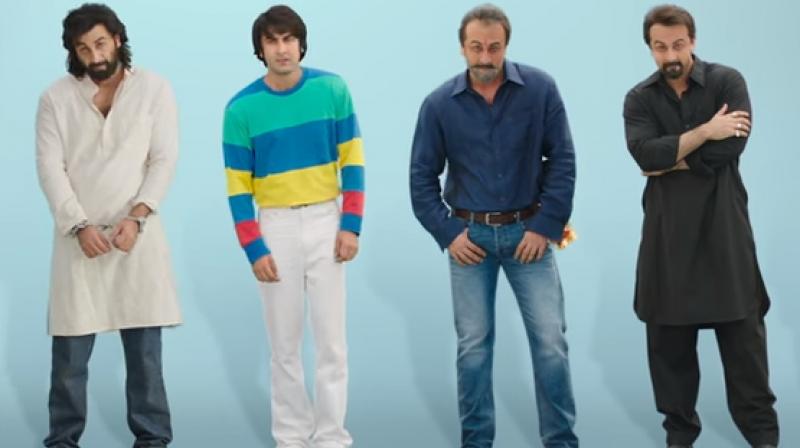 In its cover story titled ‘Kirdaar Dagdaar’ (tainted character), the RSS mouthpiece questioned if Sanjay Dutt has ever done any “extraordinary” work which could be praise

In its cover story titled ‘Kirdaar Dagdaar’ (tainted character), the mouthpiece questioned if Sanjay Dutt has ever done any “extraordinary” work which could be praised or if the actor posses any such quality that he could be portrayed as a role model for the young generation.

It further delved into the dark phases of Dutt’s life, including his jail term for possession of arms in connection with the 1993 Mumbai serial blasts, his addiction to drugs and his multiple affairs, and raised three questions.

First, if Sanjay Dutt, son of late actors Sunil Dutt and Nargis, possess any quality of a role model.

If this is the case, then the “high moral ground” of cinema which states that films show path to the society seems to be licking the dust, the article added.

Second, the article questioned if the film is a PR strategy to clean the tainted public image of the actor, who was popular as a spoilt brat.

The article also took a dig at Hirani asking what kind of ideals the filmmaker, who in his film ‘PK’ released in 2014 mocked the Hindu religion in a veiled manner, aimed to present with ‘Sanju’.

According to the article, the third question is why the Mumbai film industry is giving so much importance to the lives of “most wanted” underworld dons and producing films on them.

The RSS mouthpiece also said that it is ironic that while Indian filmmakers are making films on underworld dons like Dawood Ibrahim, Hollywood is producing movies on great Indian personalities, like ‘The Man Who Knew Infinity based on the life of mathematician S Ramanujan in which ‘Slumdog’ fame Dev Patel played the lead role.