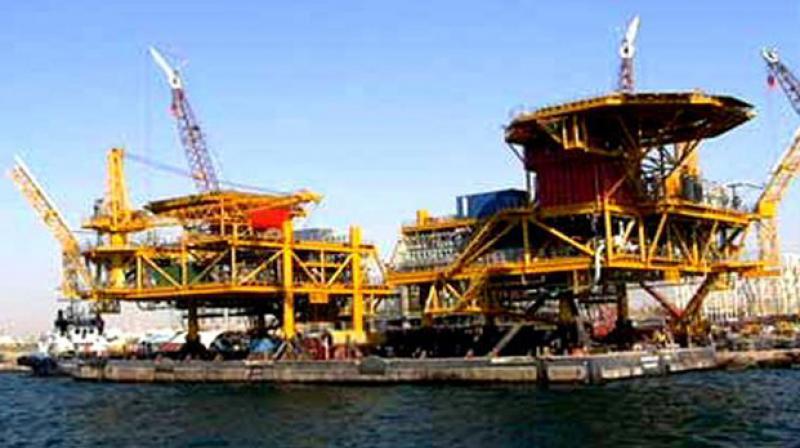 India's oil imports from Iran showed a decline of over 25 per cent in June, but some shipments loaded last month are expected to arrive this month, government and industry officials had said on Wednesday. (Photo: File | Representational)

New Delhi: The Congress on Thursday slammed the government over the decline in India's oil imports from Iran in June, saying it shows that Prime Minister Narendra Modi is a "paper tiger" who has given in to US pressure.

India's oil imports from Iran showed a decline of over 25 per cent in June, but some shipments loaded last month are expected to arrive this month, government and industry officials had said on Wednesday.

The prime minister has "once again prioritised" the US' interests over India's national interests when it comes to controlling fuel prices, he told reporters.

The reduction in import of oil from Iran will directly squeeze the pockets of the common man, reduce the supply, increase the fuel prices and bloat the current account deficit, he claimed.

"As far as oil goes, the Indian Government has a unique policy that profit is mine and loss is yours," Shergill said.

After scaling to around 770,000 barrels per day in May, imports from Iran were down to 570,000 bpd in June, as India considers acquiescing to US President Donald Trump's demands for ending oil imports from Iran by November 4.

Officials had said that the actual shipment reaching Indian shores has shown a decline but some of the oil that was loaded in June arrived this month and has not been accounted for in the June numbers.

"The reduction in import of oil from Iran, shows that PM Modi is a paper tiger who has crumbled and given in to the pressure of US," Shergill said.

He stressed that the UPA Government under Manmohan Singh had "balanced the interests" between Iran and the US, protected consumer interest, and stood up against America, while Prime Minister Modi has "buckled under" the US pressure.

Meanwhile, former Vice President Hamid Ansari, speaking on the issue of oil imports, told reporters that Iran is an important country for India, and not just as an oil supplier

"We have to keep in mind two things. We get a good amount of energy supply from Iran. But Iran is not only an energy supplier. Iran is a big and important country for us. It is a country which is next to Pakistan and Afghanistan. So when we look at Iran we have to understand these things too."

"In today's newspapers there is a statement from Iran's government that they understand India. In such situations, where there is pressure on both the countries, governments tend to find their own ways. And in our government there are people who would take steps which are good for the country," he said.

Shergill claimed that the reduction in oil imports from Iran was a double blow to the Indian consumer.

The Congress asked if the BJP government had a plan to protect Indian customers from rising fuel prices due to the reduction of oil imports from Iran and why the Modi government had "succumbed under US pressure".

He said the government should make it clear how it would fill the supply vacuum which will be created after Iran stops sending oil.