The book by Imran’s ex-wife Reham Khan has taken Pakistan by storm which will go to poll on July 25. 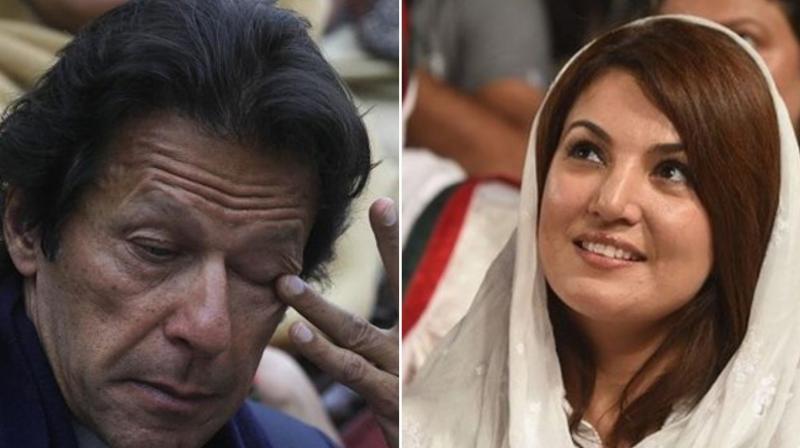 Rehman Khan had separated from Imran Khan after 10 months of marriage. (Photo: File)

New Delhi: In the book published ‘Reham Khan’ written by ex-wife of Pakistan cricketer turned politician Imran Khan, the author has alleged that Imran is a womaniser, regular drug abuser, used to beat her and had a live-in relationship with a married man.

The book by Imran’s ex-wife Reham Khan has taken Pakistan by storm which will go to poll on July 25.

Reham Khan also claims that Imran had confessed to her about his five illegitimate children out of which some are Indians.

The book not just exposes Imran Khan but also gives a dark insight about Pakistan politics which has led to death threats and legal action against many people, including her first husband Ijaz Rehman and former cricketer Wasim Akram, who she alleges liked to watch his wife have sex with other man.

According to the book, Imran who was regular drug abuser used mouth guard to stop his teeth from clenching due to cocaine. Not only cocaine, Imran took heroin, and other banned drugs which included Rohypnol, which is popularly known as ‘date rape’ drug.

Though Reham says that the book is ‘about her life, struggles and how she overcame it’ but there is a lot of speculation that the launch of the book weeks before the upcoming general election aims at derailing Imran’s political career.

According to the book published:

“You know she isn’t the only one I have". He grinned mischievously. There are 5 in total, that I know of”.

"What? You have five illegitimate children! How do you know?” I asked.

“Well, the mothers told me,” he said.

“How Imran? Why did the mother not come out with it?”

“Because she was over the moon! She had been married for ages and couldn’t get pregnant. She was overjoyed, promised to keep it a secret, and begged to keep it. So I said OK.”

“And the rest? Why did they never speak?” I fired at him. There were so many questions in my head.

“Well, because they were all married and they didn’t want their marriages to be destroyed,” he said.

“Does anyone else know?” I asked, still reeling.

“Only Jemima does. I told her,” he replied nonchalantly.

Jemina had been married to Imran for nine years before they got separated citing difficulty in adapting life in Pakistan. She is the daughter of James Goldsmith, a British financier.

Reham separated from Imran after 10 months of marriage. She declared that her ex-husband wasn’t ‘sadiq and amin’ (honest and righteous) in accordance with Pakistan’s Constitutional provisions (Article 62 and 63).  She also urged the Pakistan Supreme Court to take suo motu notice in the matter.