In a scathing attack on PM Modi, Digvijaya Singh said that the ruling party is promoting religious extremism in the country. 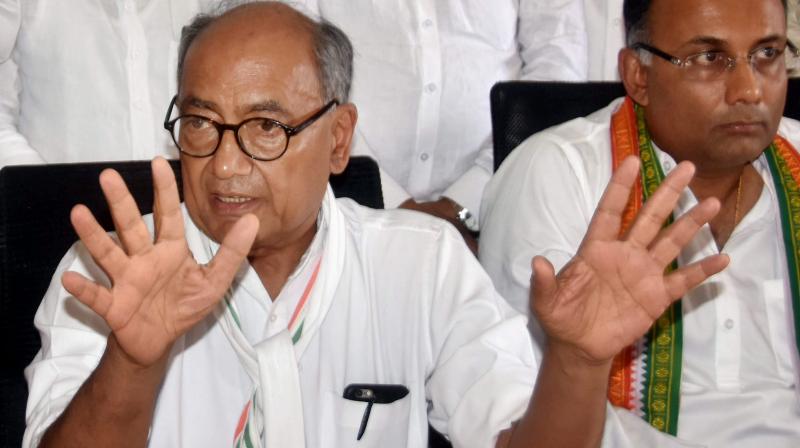 Last month, Digvijay Singh received flak after he commented that all Hindu-religion terrorists who had been caught in the past were connected to the RSS in some way. (Photo: File)

In a scathing attack on the Prime Minister Modi-led government in Centre, Digvijaya Singh said that the ruling party is promoting religious extremism in the country.

Pointing out that extremism leads to terrorism, Singh said that a similar kind of religious extremism is being promoted under Prime Minister Modi's governance in India as done by former Pakistani dictator Zia-ul-Haq that led to a spurt in neighbouring country Pakistan.

Citing an example of Pakistan governance during Zia-ul-Haq's tenure, former Madhya Pradesh chief minister added, "In Pakistan, Zia-ul-Haq started giving importance to bodies like Jamaat-E-Islami. Ever since he started supporting bodies like Taliban, Pakistan has more terror activities taking place than India. There are more bomb blast in Pakistan, who are the people behind this? They are not foreigners but Pakistanis themselves, who's dying? Muslims themselves, no one else."

Muhammad Zia-ul-Haq was a Pakistani four-star general who served as the 6th President of Pakistan from 1978 until his death in 1988, after declaring martial law in 1977. He remains the country's longest-serving de facto head of state.

Last month, Digvijay received flak after he commented that all Hindu-religion terrorists who had been caught in the past were connected to the Rashtriya Swayamsewak Sangh (RSS) in some way.