According to reports, the accused, identified as Rohit, has a country-made pistol and a pair of scissors in his possession. 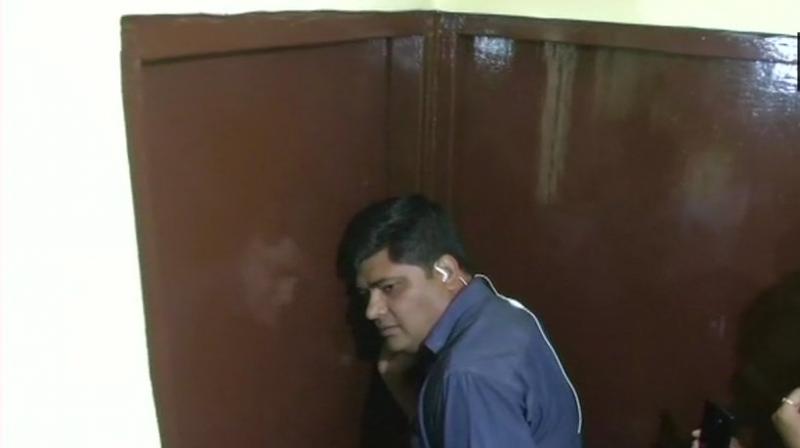 Meanwhile, the accused has also asked the police for a stamp paper and a mobile charger. (Photo: Twitter/ANI)

Bhopal: A woman has been taken a hostage at her home in Bhopal by a man, who claims to love her and wants to marry her, news agency ANI reported.

Though police have reached the spot, they have not been able to take any concrete action fearing harm to the woman hostage.

“When we tried to barge in, he threatened us,” police said adding that they have seen the woman covered in blood.

According to reports, the accused, identified as Rohit, has a country-made pistol and a pair of scissors in his possession.

Meanwhile, he has also asked the police for a stamp paper and a mobile charger. He is communicating with the police through video call.

The accused has also released a video clip in which a woman is seen lying on a bed and blood all over the floor.

Rohit hails from Uttar Pradesh’s Aligarh and works as a small-time model in Mumbai, reports said.

Rohit has claimed that they love each other and said that her parents called the woman, whom he reportedly met in Mumbai, back to Bhopal after they got to know of their relationship, a report in Hindustan Times said.

According to India Today, the man has reportedly been stalking the woman for past several months. The woman’s family filed a complaint against him in January. He was arrested in April in connection with the case.