A woman probationary IPS officer, Monika Sen, and the gunman of the Nagaur SP went missing during the clashes but were found later. 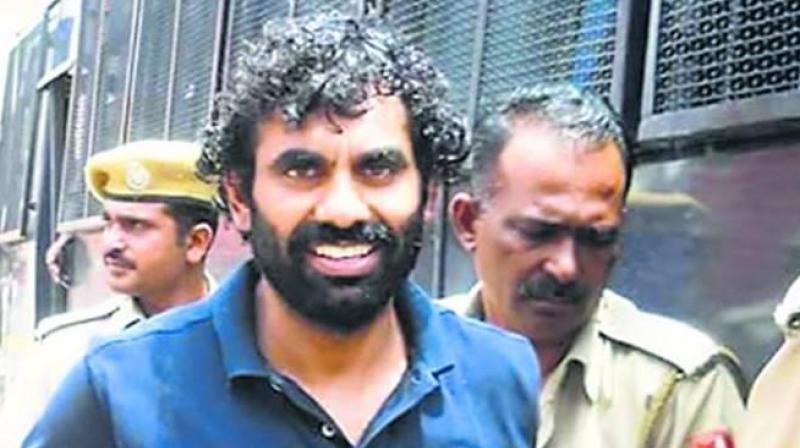 The meeting was held to demand a CBI probe into gangster Anandpal Singh's police encounter which took place on June 24 in Churu district. (Photo: Facebook)

Jaipur: Violence broke out when a mob, after a condolence meeting for slain gangster Anandpal Singh in his native village, pelted stones at a police team, leaving 16 personnel, including the Nagaur SP, injured.

A woman probationary IPS officer, Monika Sen, and the gunman of the SP went missing during the clashes but were found later. The officer is fine but the gunman was injured, ADGP law amd order NRK Reddy said.

Superintendent of Police (SP) Paris Deshmukh and 15 policemen were injured in the violence at Nagaur district's Sanvrad village. The SP's vehicle was torched, he said. Three policemen in critical state have been referred to the SMS hospital in Jaipur, Reddy said.

"The violence broke out at the village after the meeting by the Rajput community. They also blocked a railway track but it was cleared and the agitators were removed from there," he said.

A North Western Railway spokesperson said that a passenger train was delayed due to the blockade and some were halted at the Sujangarh Railway Station as the track was damaged.

The meeting was held to demand a CBI probe into the Anandpal police encounter which took place on June 24 in Churu district. The gangster's family are yet to cremate the body and are demanding an investigation by the central agency.