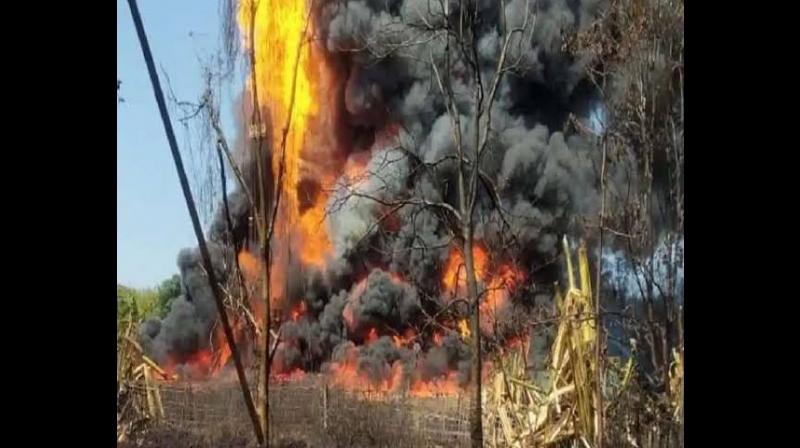 Guwahati: Expressing deep anguish over the environmental impact of the fire in the oil well, the WWF India has asked the Assam government to invoke the Environment Protection Act, 1986 and take action against the companies responsible for causing 'irreparable damage' to the environment and people in the areas around Oil India Limited’s well at Baghjan in Assam’s Tinsukia district.

Referring to Section 16 of the Act that defines penalties for 'offences by companies', the WWF India said, “We urge the Assam government to initiate immediate steps to restore the habitats in and around the Dibru-Saikhowa National Park and Maguri Motapung Beel….WWF India requests the government that relevant provisions of the Environment Protection Act, 1986 must be invoked to take action against the company(ies) responsible for the irreparable damage to the environment and people. It is also imperative to ensure that no further damage is caused to the area and no such incidents are repeated in the future.”

Stressing that WWF India  is deeply disturbed at the blowout that occurred in the oil well, it also noted that the accident has endangered the unique wildlife around the area.

“This oilfield is located approximately 1 km from the Dibru-Saikhowa National Park, a safe haven of rare and threatened species and 1.5 km from the Maguri Motapung Beel, a valuable wetland and an Important Bird Area. Wildlife in the area has been exposed to danger and instances of carcasses of endangered Gangetic dolphins, India’s National Aquatic Animal, as well as those of rare birds with feathers soaked in oil and other animals have been recovered," the statement read.

As the fires from the blowout continue since June 9, it has currently engulfed surrounding areas. The statement noted that the wind direction has accelerated the heat and sound generated from the fire towards the Dibru-Saikhowa National Park and Maguri Motapung Beel, putting wildlife and their habitats under severe threat.

"As of  June 11, around 7,500 affected families have also been evacuated to nearby relief camps. People from neighbouring villages are also complaining of respiratory complications,” the statement read.

"With the Eco Sensitive Zone (ESZ) of the Dibru-Saikhowa National Park notified to an extent of 0 (zero) kilometre to 8.7 kilometres, this incident has once again proven the imminent danger of having a zero kilometre ESZ around Protected Areas (PAs). This accident and its catastrophic impact on the biodiversity of the area, affecting ecosystem services and related livelihoods of people, reinforces the need to have carefully considered demarcations of ESZ around PAs as required under the Environmental Protection Act, 1986,” it stated.