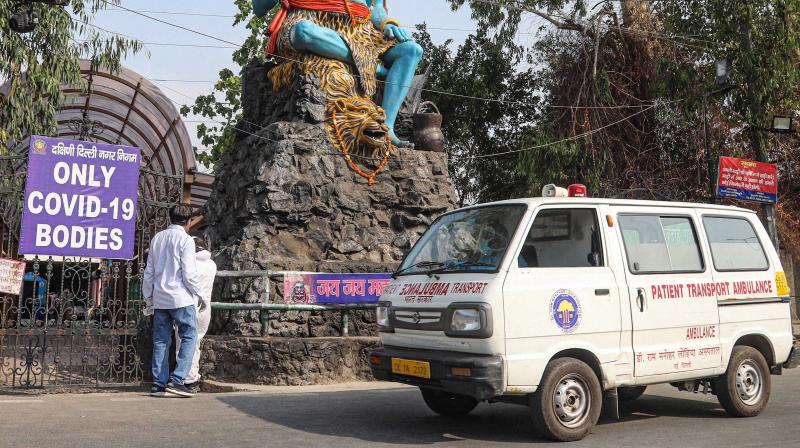 Situation is grim in cities like Delhi and Mumbai. (PTI)

New Delhi: Fresh cases of  coronavirus, for the first time, breached the 10,000 mark in India as the overall tally moved closer to 3 lakh. On Friday, India recorded its biggest jump of 10,956 cases and 396 deaths forcing state governments to scramble for fresh strategy to contain the new infections from multiplying.

Amid speculations of a fresh lockdown by the state governments, some states like Maharashtra and Delhi clarified that there will not be a blanket lockdown. However, it is believed that the states may use some stringent methods to prevent mass movement of people in hotspots.

“As of now, Begin Again is in motion. @CMOMaharashtra Uddhav Thackeray ji has appealed to all citizens to ensure social distancing, so as to not get even close to a lockdown. Safety of citizens is and will be the only parameter,” tweeted Maharashtra minister Aaditya Thackeray while there was a similar tweet from CM office also.

In Delhi, state health minister Satyender Jain said there are no plans for a fresh lockdown. But Delhi L-G Anil Baijal held a meeting with CM, chief secretary and other officials from the Delhi Police and Ministry of Home Affairs to discuss strategies for containment zone management.

It was evident that there will be some strict measures to prevent unnecessary movement of people in some areas. “Advised field officers to focus on proper delineation, strict perimeter control, intensified IEC, active house to house surveillance with special focus on high risk population for their effective management as per GoI guidelines,” tweeted Baijal.

In Delhi in areas that have reported higher cases and more deaths, state government has started imposing local "lockdown" by restricting movement of people in containment zones.

He added that increasing bed capacity and improving medical resources is the topmost priority in handling the COVID-19 situation to ensure that a surge in cases does not overwhelm the city's healthcare system.

The statement came soon after the Supreme Court pulled the Delhi government over its handling of the COVID-19 outbreak. The apex court also slammed Delhi and other states -- Maharashtra, Tamil Nadu, West Bengal and Gujarat -- for lower number of tests and asked the state governments to let private labs to test to cover maximum population at the earliest.