The cross-border firing in Chamliyal post area of Ramgarh sector started around 10:30 pm on Tuesday and continued till 4:30 am today. 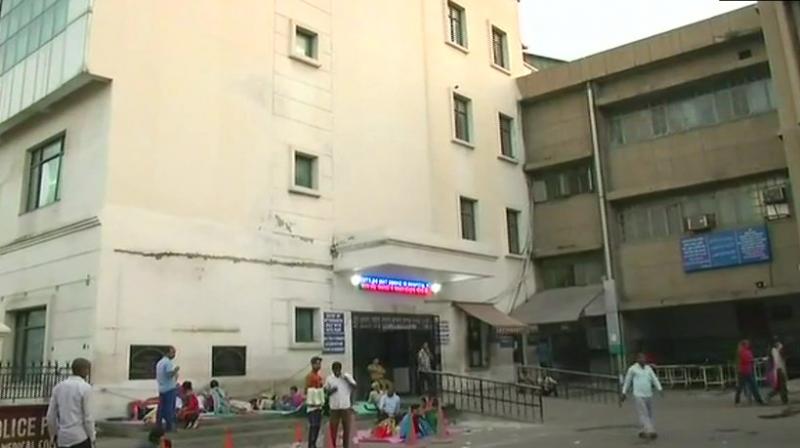 Visuals from the Government Medical College in Jammu. (Photo: Twitter/ANI)

Jammu: Four Border Security Force (BSF) personnel, including an officer, were killed and three others injured in unprovoked firing by Pakistan Rangers along the International Border (IB) in Samba district of Jammu and Kashmir, a senior BSF officer said on Wednesday.

He said Pakistan Rangers and the BSF had recently agreed to ensure ceasefire along the IB but the former violated it by initiating cross-border firing.

In a tweet, Jammu and Kashmir Director General of Police (DGP) S P Vaid expressed his condolence over the incident.

"In Ramgarh Jammu sector of IB, 4 BSF personnel were martyred including one Asstt Commandant & 5 injured due to firing from across. Our heart goes to those who lost their dear ones," he said.

In Ramgarh Jammu sector of IB , 4 BSF personnel were martyred including one Asstt Commandant & 5 injured due to firing from across. Our heart goes to those who lost their dear ones.

The firing from across the border in Chamliyal post area of Ramgarh sector started around 10:30 pm on Tuesday and continued till 4:30 am, a police official said, requesting anonymity. He said it was not immediately clear whether the BSF personnel were killed Tuesday night or in the wee hours of Wednesday.

The BSF troops also fired in retaliation, the official said.

This is the second major ceasefire violation along the IB this month and came despite Director General Military Operations (DGMO) of the two countries agreeing, on May 29, to implement the ceasefire pact of 2003 in "letter and spirit" and a sector commander-level (BSF DIG-Rangers Brigadier) meeting here on June 4 to ensure peace by "holding fire" along the IB.

On June 3, two BSF personnel, including an Assistant Sub-Inspector, were killed and 10 persons, mostly civilians, injured in heavy shelling and firing by Pakistan Rangers along the IB in Pragwal, Kanachak and Khour sectors.

The latest casualties take the number of those killed in ceasefire violation by Pakistan along the IB and the Line of Control (LoC) this year to 50, including 24 security personnel.

On May 29, the DGMOs of India and Pakistan agreed to "fully implement" the ceasefire pact of 2003 in "letter and spirit" forthwith to stop border skirmishes in J&K.

In May, thousands of people residing along the IB in Jammu, Kathua and Samba districts had to flee their homes following intense shelling from Pakistan between May 15 and May 23 which left 12 people dead, including two BSF jawans and an infant, and scores of others injured.

After the DGMOs of the two countries spoke to each other, hope rekindled among border residents who had started returning to their homes but the latest incident triggered fresh concerns among them.

On June 4, the border-guarding forces of India and Pakistan met at the Octroi post in Jammu and held a 15-minute meeting during which both sides decided to "develop confidence" between them.

The Pakistani side assured that they would not initiate any cross-border firing and the BSF reciprocated by saying that it would only retaliate when provoked.