The Meghalaya Assembly, meanwhile, in a resolution said: “The order will hamper the rights of people and laws are already in place for cattle.” 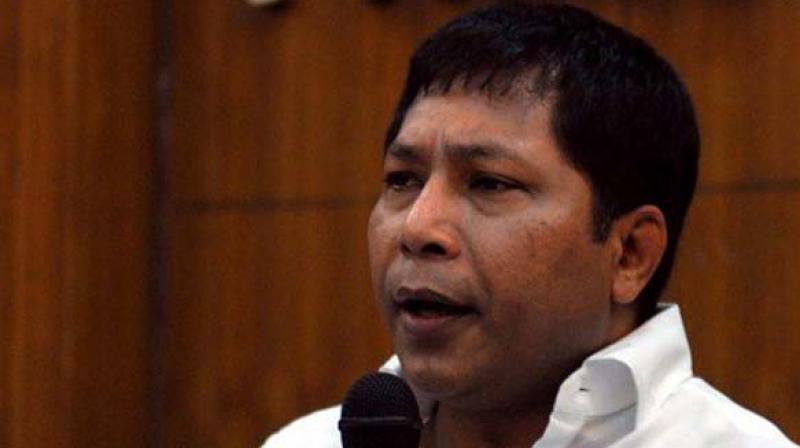 Guwahati: The Meghalaya Assembly passed a resolution on Monday against the ban on cattle sale for slaughter, seeking the “immediate withdrawal” of the Centre’s order, in the continuing protests against the ban across the region, as hundreds of people in Mizoram took part in a “beef ban bashing banquet” organised by a local group.

The protest in Congress-ruled Mizoram coincided with the visit of Union home minister Rajnath Singh and minister of state for home Kiren Rijiju, who reached Aizawl Monday for a meeting of the chief ministers of four northeastern states which share an international border with Myanmar.

The organisers of the “Beef Ban Bashing Banquet”, a social network group called “Zolife” at Aizawl, said they were protesting the Centre’s attempts to “restrict” their rights to eat what they wanted. Placards proclaiming “Accept our difference or expect resistance”, “Beef Ban — Religious Arrogance, Historical Ignorance and Cultural Fascism” and “For God’s sake, let’s eat beef’” were seen at the venue.

The Meghalaya Assembly, meanwhile, in a resolution said: “The order will hamper the rights of people and laws are already in place for cattle.” It is significant that a recent National Sample Survey report lists Meghalaya at the top among beef-consuming states in the country, where 80.74 per cent of people eat beef, well ahead of Lakshadweep and Nagaland.

In Meghalaya, two BJP leaders also resigned from the party saying that beef-eating was part of their culture and tradition, and that the imposition of the BJP’s non-secular ideology was unacceptable. While chief minister Mukul Sangma termed the new rules an infringement of states’ rights, the Opposition parties — United Democratic Party, Hill State People’s Democratic Party and even the National People’s Party, which is a BJP ally — opposed the new rule and demanded its withdrawal. Congress-ruled Meghalaya will hold Assembly polls next year.