Pandurang Ubale, who was paralysed since the last few months, died at his residence in Zakaria Bunder area of Sewri on Monday. 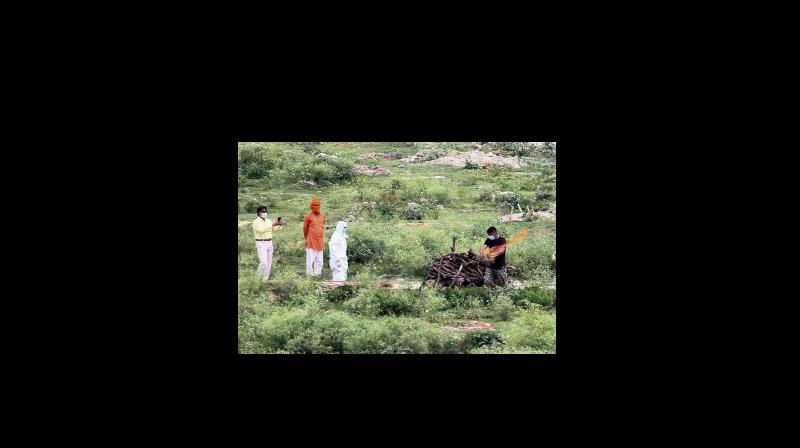 Mumbai: Members of the Muslim community helped in performing the last rites of their 72-year-old Hindu neighbour in Sewri area here after the deceased's relatives could not reach for his funeral due to the lockdown.

Pandurang Ubale, who was paralysed since the last few months, died at his residence in Zakaria Bunder area of Sewri on Monday. He had been staying in the Muslim-dominated locality along with his wife and son since some decades.

After his death on Monday, his relatives staying in suburban Mulund, Belapur in adjoining Navi Mumbai and Alibaug in neighbouring Raigad district could not come over to his place in the wake of the coronavirus-induced lockdown.

As Ubale's wife and son were unable to make all arrangements for the funeral, they informed their neighbours, who came forward to help and even prepared the bier.

A neighbour, Asif Sheikh, who attended the funeral, said, We knew Ubale uncle since a long time. He always participated in our festivals and we used to be a part of their festivities. We all came forward to bid him a farewell and helped in performing his last rites."

Last month also,some Muslim men carried the body of a Hindu neighbour in suburban Bandra on their shoulders to the cremation ground after the deceased's relatives were unable to attend the last rites due to the lockdown.