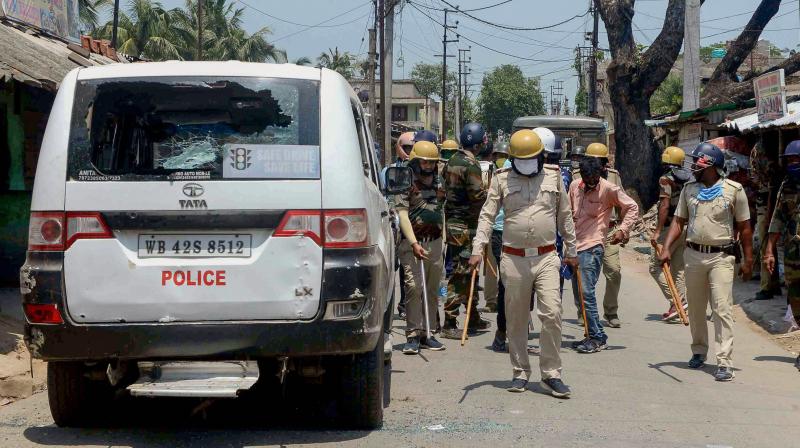 A mob vandalised a police van in South 24 Parganas district on Monday. (PTI)

Kolkata: At least five police personnel were injured in clashes with mobs during the ongoing COVID-19-induced-lockdown at two places in West Bengal on Tuesday, officials said.

Seven locals also suffered injuries during the violence in Hooghly and South 24 Parganas districts, they said, adding that police vehicles were damaged and shops were ransacked.

At least 72 people were arrested from these two areas, the officials said.

Claiming that hooligans sheltered by the ruling Trinamool Congress (TMC) were behind the incidents, a delegation of opposition BJP called on Governor Jagdeep Dhankhar to apprise him of the situation in the state.

The governor expressed "serious concern at the incidents".

Chief Minister Mamata Banerjee, on the other hand, lashed out at the saffron party for allegedly instigating communal clashes in the state amid the lockdown.

Four police personnel and seven local people were injured and several shops were ransacked during a clash between two groups during the lockdown at Telinipara in Hooghly district, an officer of the Chandannagar Police