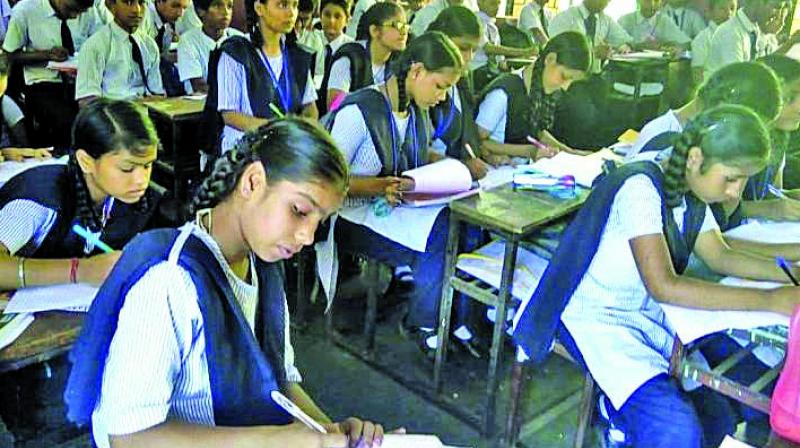 Telangana State Board of Secondary Education (TSBSE) announced the SSC or Class 10 results for the year 2019 on Monday. (Representational Image)

Hyderabad: Telangana State Board of Secondary Education (TSBSE) announced the SSC or Class 10 results for the year 2019 on Monday.

While announcing results, Telangana state education Secretary B.Janardhan Reddy along with director and secretary of School Education T.Vijaya Kumar announced that a pass percentage of 92.43 per cent has been recorded this year.

"Students can check their results on the official website of the Telangana State Board of Secondary Education (TSBSE) at bse.telangana.gov.in and also in other private websites like Manabadi and Sakshi education etc," said a release issued by TSBSE.

The TSBSE conducted SSC Examinations from March 16 to April 3. A total of 5,52,280 students had registered for the exams and 5,46,728 students along with 40,526 private candidates had appeared for the exams.

"The TSBSE has scheduled advanced supplementary Examinations from June 10 to June 24 for the failed students and the last date for remittance for supplementary exams is May 27," the statement mentioned.