Priyanka Sharma was arrested on Friday for sharing a morphed picture of Mamata Banerjee and sent to 14-day police custody. 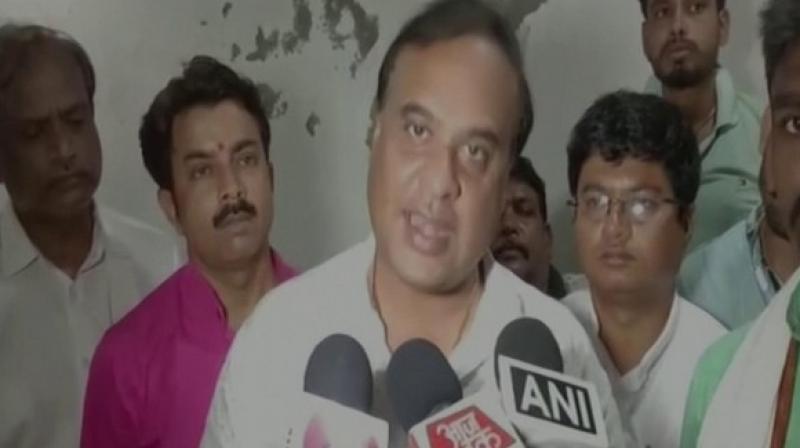 He also asserted that BJP will try to approach the Supreme Court in connection with the matter. (Photo: ANI)

Howrah: BJP leader and minister in Assam government, Himanta Biswa Sarma, has strongly condemned the arrest of BJP's youth wing worker Priyanka Sharma, stating that the current situation in the state is reminiscent of Emergency.

Sarma, who met the relatives of the arrested girl here on Sunday, told media, "A person gives critical views about Prime Minister on social media but in India never before a young girl has been put in jail for sharing a post against the Chief Minister. Is it a crime? If such things happen, people will conclude that West Bengal is in a state of Emergency. I don't think even Indira Gandhi put anyone behind bars for writing against her on social media."

He also asserted that BJP will try to approach the Supreme Court in connection with the matter.

"She has just shared a Facebook post. Is it big enough crime to put anyone in jail? BJP strongly condemns it. We hope that the court will give us justice and we will be able to free her. If this continues, freedom of speech will not be left. We will try to file an application in Supreme Court tomorrow," said Sarma.

Priyanka's brother claimed that at first, he was not allowed to meet her. However, when he put pressure, the authorities let him in. He also alleged that his sister's security was at risk as her entry in jail was not recorded within 24 hours of her arrest. He also said BJP leader Poonam Mahajan called him to Delhi.

This is not the first time Banerjee has taken action against someone who took a dig at her.