Singh expressed regret over not casting his vote in Rajgarh district of Madhya Pradesh which is 130 km away from Bhopal. 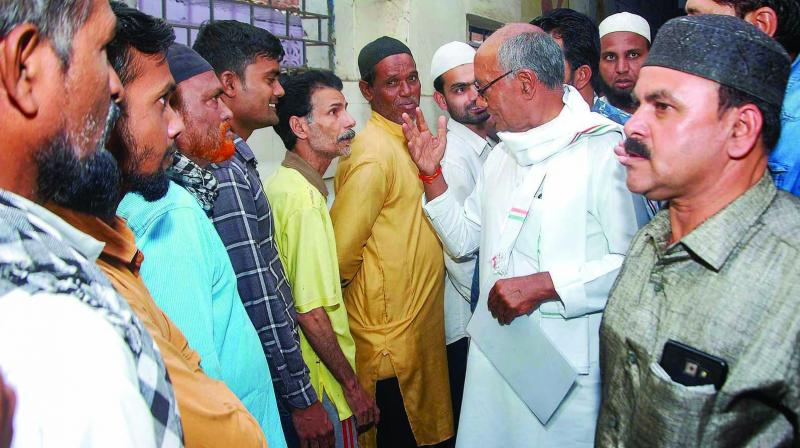 The polling percentage, however, may increase. The high-profile seat of Bhopal where Congress veteran Digvijay Singh was taking on BJP nominee Sadhvi Pragya Singh Thakur witnessed 61.7 per cent polling.

Mr Singh who is a voter in Rajgarh LS seat, however, failed to cast his votes since he was in Bhopal whole day to marshal his polling agents. His wife Amrita cast her vote in a polling booth in Bhopal city.

Mr Singh expressed regret over not casting his vote in Rajgarh district of Madhya Pradesh which is 130 km away from Bhopal.

“Yes I couldn’t go to vote to Rajgarh and I regret it. Next time I will register my name in Bhopal,” he said to media.

All through the day, he visited various polling stations in Bhopal to track voting. The Congress leader also urged people to vote in large numbers.

Digvijaya Singh has been fielded by the Congress party from the Bhopal Lok Sabha constituency against Malegaon blasts-accused Sadhvi Pragya Singh Thakur.

Morena and Bhind witnessed lowest turnout of voters in the sixth phase LS polls in Madhya Pradesh, recording 54.36 and 53.09 percent respectively. Reports reaching the CEO office here said clashes between workers of Congress and BJP were witnessed in some polling booths in Bhind, Sagar and Bhopal constituencies during voting.