Sources also said that although permission was granted for Shah's chopper to land here, it was later denied by authorities. 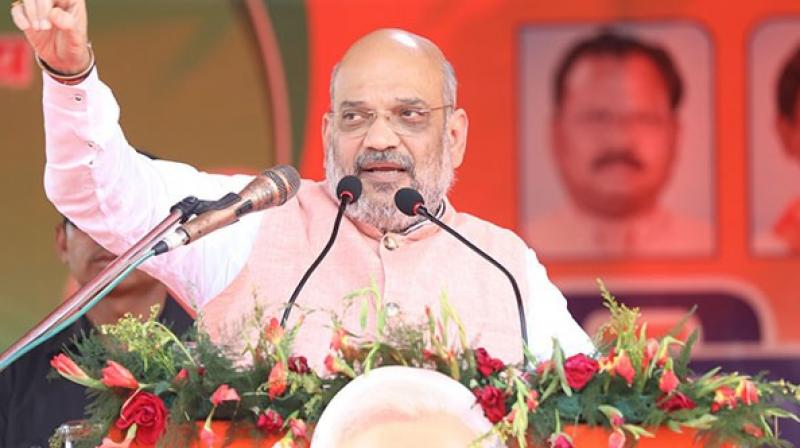 This isn't the first time permission has been denied to Shah. (Photo: ANI)

New Delhi: BJP chief Amit Shah was denied permission to hold a rally in West Bengal's Jadavpur district in the run-up to the last phase of polls, party sources said on Monday.

Sources also said that although permission was granted for Shah's chopper to land here, it was later denied by authorities.

This isn't the first time permission has been denied to Shah.

In January this year, permission was denied for the BJP president's chopper to land in Malda district to hold a rally. However, authorities permitted Shah to hold the public meeting at the last minute.

In its defence, the Malda district administration had stated that it was not possible to grant permission to land VVIP helicopters that week, owing to construction work.

While BJP leader Ravi Shankar Prasad claimed that the site at which Shah was to land in Malda was used by West Bengal Chief Minister Mamata Banerjee, the latter claimed that she too had to change her landing location on the request of the state police.

In February, Uttar Pradesh Chief Minister Yogi Adityanath, too, was denied permission to land his chopper in West Bengal. Due to this, he had to touch down in Jharkhand's Bokaro and then travel to Purulia district by road to address a public rally.

Yogi was scheduled to address two rallies in West Bengal on February 3 - one in North Dinajpur district's Raiganj and the other in South Dinajpur district's Balurghat. However, the Mamata Banerjee government declined permission for his chopper to land for both rallies without any prior notice. Later that day, he addressed the scheduled rally in Raiganj via telephone.