India   All India  13 May 2017  Misa laundered money to buy a farmhouse in Delhi: Sushil Modi
India, All India

Questioning her source of income, Modi sought to know why she did not reveal it in her affidavit to the Election Commission. 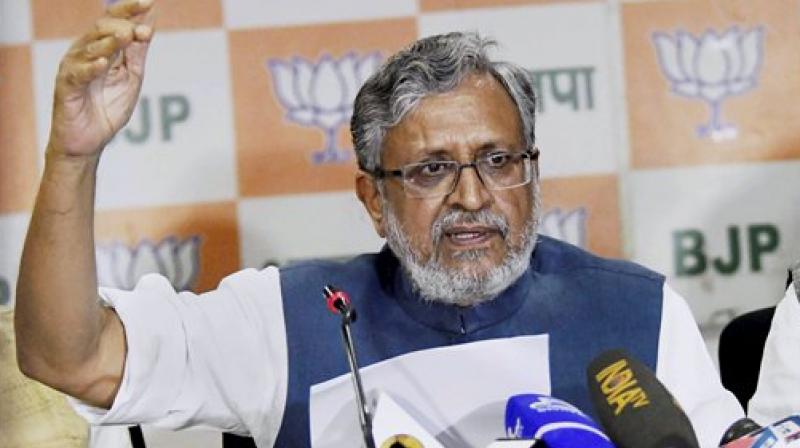 He claimed that Misa Bharti converted her black money into white through dubious transaction of sale and purchase of shares of her company - Mishail Packers and Printers Pvt Ltd.

The company was incorporated with an investment of Rs 1 lakh in 2002 and registered at Lalu Prasad's then official bungalow 25, Tughlaq Road, New Delhi. It was closed in 2005-06.

Bharti sold her company's shares of face value of Rs 10 each to Virendra Jain's Shalini Holdings at Rs 100 per share in October 2008, which fetched her Rs 1.20 crore. Eleven months later, Misa purchased all the shares at the rate of Rs 0 per share from Virendra Jain, the BJP leader alleged showing documents to support his claim.

Later, in 2008-09 she purchased a farmhouse at Bijwasan area in Delhi at Rs 1.41 crore whose estimated value at present would be around Rs 50 crore, Sushil Modi, who was accompanied by state BJP vice-president Devesh Kumar, said.

Pointing out that Misa became the owner of Rs 50 crore by investing a mere Rs one lakh, he asked "Why would anyone buy shares of a closed company at the rate of Rs 100 per share against the face value of Rs 10 each? Why would the buyer again sell the same shares at Rs 10 each after buying it at Rs 100?"

Sushil Modi also alleged that Misa had misused the address of Prasad's erstwhile official bungalow - 25, Tughlaq Road as her company's address as such an allotment cannot be used for any commercial purpose.

Questioning her source of income, Modi sought to know why she did not reveal it in her affidavit to the Election Commission.

Virendra Jain and Surendra Jain, the two brothers and business partners in Shalini Holdings who had allegedly helped Prasad in converting black money which he had allegedly earned as railways ministers into white, were arrested by Enforcement

Directorate in connection with a Rs 8000 crore money laundering case in March this year, he said.

Sushil Modi demanded that Chief Minister Nitish Kumar ordered a probe into the allegations of acquisition of benami properties by Prasad's family in Bihar.

The central government should probe allegations of amassing properties by the family outside Bihar, he said.

"Nitish Kumar says that his government has zero tolerance policy towards corruption. But he has not taken any action so far on allegations levelled against Prasad's two minister sons," the BJP leader said.

Sushil Modi has been releasing documents purportedly showing how Prasad's family acquired assets of around Rs 1,000 crores through shell companies like Delight Marketing Pvt Ltd, A K Infosystems Pvt Ltd and A B Exports Pvt Ltd.

Asked for comment, RJD's national spokesman Manoj Jha said  "A jobless Sushil Modi has once again done today what he has specialised in in recent times. Taking certain documents from the public domain viz. Registrar of Companies, he aims at weaving fictitious stories. He should also convey that his so-called incriminating documents are from the same appropriate authorities to whom we had submitted (documents)."

"In utter frustration for some space for himself in BJP, he is raking a decade-old genuine business transaction, which was duly reported to authorities," Jha added.