India   All India  13 May 2017  Musa quits Hizbul after outfit condemns his beheading remark
India, All India

In a statement, the outfit’s spokesman said that Musa’s statement was unacceptable and that the Hizb has nothing to do with it. 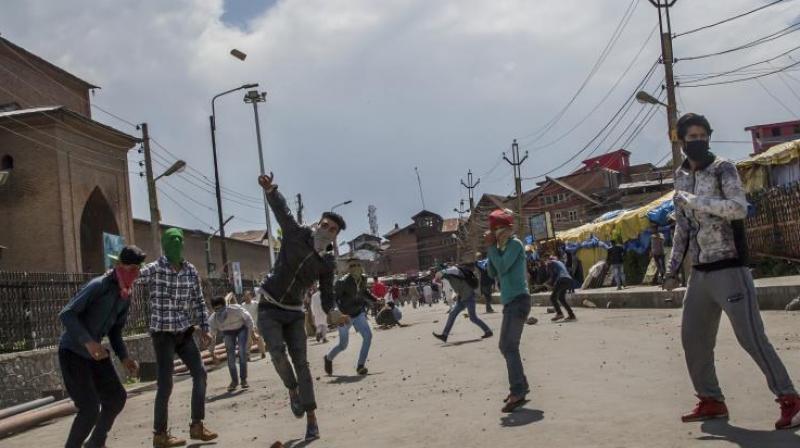 Srinagar: Zakir Musa on Saturday quit as the commander of Hizbul Mujahideen after the Kashmiri militant outfit distanced itself from his statement, in which he had threatened to chop off separatist leaders' heads for calling the Kashmir ‘struggle’ a political movement.

"If the Hizb-ul-Mujahedin doesn't represent me, I also don't represent it," Musa said on Saturday. In an audio clip, he said that he stood by his earlier statement and that he was not ready to "sacrifice" his life for the establishment of a secular state.

The Hizb commander had in a short audio, which went viral on social media, asked the separatist leaders not to interfere in militants’ affairs but remain within their “dirty” politics.

Earlier, in a statement, the outfit’s spokesman Saleem Hashmi said that Musa’s statement was unacceptable and that the Hizb has nothing to do with it. It also indicated action will be taken against him.

“This is the personal opinion of Zakir Musa,” he said. Throwing its lot behind the separatist leaders, the Hizb said that they and the people of Kashmir “are taking the movement ahead through their united efforts” and that in these circumstances any provocative statement or step could prove deadly for the movement. Hashmi also said that the Hizb is examining the statement issued by Musa and that it would not hesitate to take any step in favour of the Kashmir struggle.

Earlier, the Hizb commander Zakir Musa had in a short audio which went viral on social media asked the separatist leaders not to interfere in militants’ affairs but remain within their “dirty”’ politics.

The voice heard in the audio purported to be that of Musa, who was a close aide of Hizb’s slain commander Burhan Wani and was named as his successor, said, “Some days back the joint resistance leaders issued a statement saying Kashmir struggle is political and that it has nothing to do with religion.”

He threatened to chop their heads off and hang them in Lal Chowk, Srinagar’s historic central square “if you don’t stop interfering in our matters”.

The separatist leaders Syed Ali Shah Geelani, Mirwaiz Umar Farooq and Muhammad Yasin Malik who are part of an issue-based alliance named by them as ‘Joint Resistance Leadership’ had earlier this week in a joint statement said that the ongoing “freedom movement” in Kashmir had nothing to do with ISIS and al-Qaida-like organizations.

They also said that there is no role for these groups in “our movement” which was “indigenous” and seeks freedom for 15 million people of the State and that the same is not driven by religion.