India   All India  13 May 2017  Indefinite curfew in violence-hit Rajasthan district
India, All India

At least 10 persons, including five cops, were injured in stone pelting. 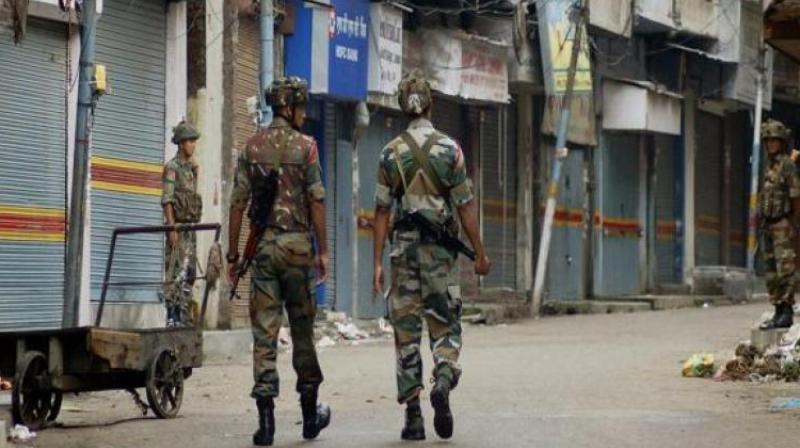 Jaipur: Communal tension gripped Banswara area in Rajasthan on Friday after clashes between members of two communities over a disputed place. The district administration has imposed indefinite curfew after some people from different communities clashed with each other over a disputed religious place in Kalikamata-Khatwar locality.

“The situation is tense but under control after the imposition of the curfew in the old city of Banswara. Two groups of different communities clashed late on Thursday and indulged in arson and stone pelting”, the SP said.

The fight occurred over a disputed religious place where no prayer was held following a mutual understanding between these communities, but last night some people lit ‘agarbatti’, which was objected to by other community people, leading to clashes. The groups clashed when a Shab-e-Baraat procession was passing by the localities late on Thursday.