“Any person providing information regarding the above criminals will be suitably rewarded and his identity will be kept secret.” 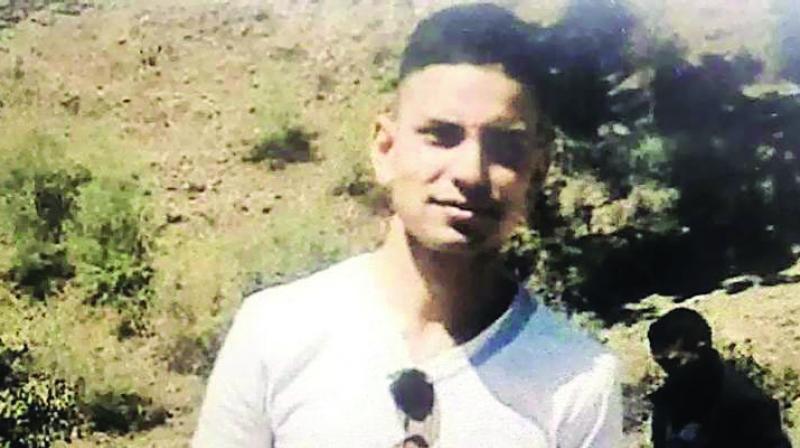 Srinagar: The police on Friday put up posters of three Hizbul Mujahideen militants wanted for the killing of Kashmiri Army officer Lt. Umar Fayaz in Shopian district even as the outfit sought to distance itself from the crime.

In the posters carrying photographs of gun-wielding local militants Ishfaq Ahmad Thoker, Gayas-ul-Islam and Abass Ahmad Bhat, the police offered reward for those giving information about them.

The posters read: “The above criminals who are involved in many terrorist acts, including the murder of Umar Fayaz Parray s/o Fayaz Ahmad Parray R/o Sarsona Kulgam...“Any person providing information regarding the above criminals will be suitably rewarded and his identity will be kept secret.”

Inspector-general of police (Kashmir range) S.J.M. Gillani had on Thursday said that a Hizbul Mujahideen module was behind the killing and an Insas rifle snatched from police personnel recently could have been used in the crime.

Defence authorities in Delhi had identified six militants belonging to Hizbul Mujahi-deen and Lashkar-e-Tayyaba, saying they were involved in the abduction and killing of the Army officer in Shopian district of Kashmir. Lt. Fayaz, on leave and unarmed, was abducted on Tuesday by three armed men from the house of a relative in Shopian where he was attending a wedding. His bullet-riddled body was found the next morning.

With the killing triggering an outrage in the Valley, Hizbul Mujahideen chief Syed Salahuddin, a Kashmiri operating from PoK, issued a statement alleging that the “Indian agencies” were responsible for the killing.