India   All India  13 May 2017  Congress would be wiped out under Rahul Gandhi: Vishwajit Rane
India, All India

Congress would be wiped out under Rahul Gandhi: Vishwajit Rane

Rane's comments came a day after Cong filed a petition in the Bombay HC seeking to restrain him from contesting the upcoming by-election. 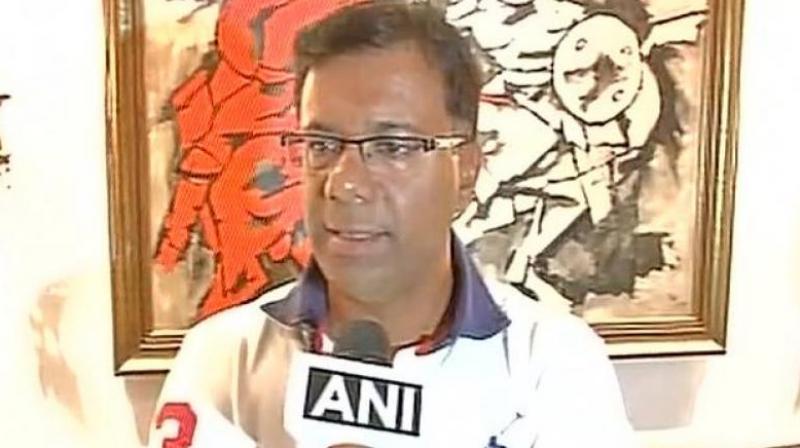 Rane had contested the Goa Assembly polls in February this year on a Congress ticket. (Photo: ANI/Twitter)

Panaji: Goa minister Vishwajit Rane, who parted ways with the Congress after the Assembly polls, today claimed that the party would be wiped out under the leadership
of Rahul Gandhi during the 2019 Lok Sabha polls.

Rane's comments came a day after the Congress filed a petition in the Bombay High Court seeking to restrain him from contesting the upcoming by-election.

Rane, who holds the health portfolio, had contested the Goa Assembly polls in February this year on a Congress ticket. He later resigned from the post of MLA on March 16 to join the BJP and was inducted in the state cabinet.

"Nobody is interested in the Congress especially with failed leadership like that of Rahul Gandhi. The party will be white-washed in 2019," Rane told reporters here today.

Talking about the petition filed against him, Rane said he had not defected but resigned as Member of Legislative Assembly and would be facing a fresh mandate from the people.

Rane said the Congress, which has now been left 'irrelevant' after it failed to form government, was "trying to grab headlines" by speaking against him. The minister rubbished rumours about the instability of the Manohar Parrikar-led government.

"The government is stable and we all are working unitedly for the welfare of the people. Parrikar is firm in saddle," he said.

He said the Congress has lost its relevance in politics and was trying to make statements to defend itself under the leadership of Rahul Gandhi who was not available to any of us (then Congress MLAs) for talks after the party got 17 seats in Goa elections.

"His (Gandhi's) number was not reachable and that is the state of affairs of the Congress party for which he is responsible," he said.