Carlyle McFarland, principal of the La Martiniere school, called in the police when Amaresh Misra marched in with his supporters. 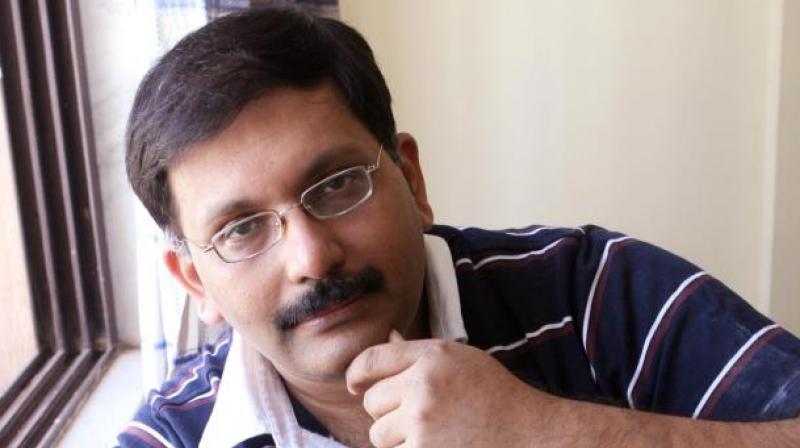 Lucknow: Amaresh Misra, an activist and historian, has launched a campaign called the “Rashtriya Apmaan Virodhi Abhiyan” (RAVA) in Lucknow to rewrite the epitaphs of British soldiers related to the 1857 war of independence, replacing the original ones with accounts of atrocities committed by them on Indians.

Two days ago, a motley group of “activists” marched to the La Martiniere to destroy the grave of major Hodsun who is said to have killed 500 Indian soldiers and the sons of Bahadur Shah Zafar at the Khooni Darwaza in Delhi. No action has been taken against the group, neither has any case been registered in the matter. When contacted, senior police officials refused to comment on the incidents.

Carlyle McFarland, principal of the La Martiniere school, called in the police when Amaresh Misra marched in with his supporters. Their attempts to destroy the grave were thwarted. The activists later handed over a memorandum to the district administration explaining the reasons behind their demand. They have demanded that the atrocities unleashed by Hodsun should be inscribed on his grave by June 30. Mr Misra and his men also termed the La Martiniere principal as “anti-national.”

Major William Hodsun was the founder of the famous “Hodsun Horse”, later known as “4Horse”, a regiment of Indian army. He died on March 11, 1858, due to wounds sustained in a battle while storming the begum’s Palace at Lucknow. His body was buried in the garden of La Martiniere College, Lucknow.

“We are not stopping at Hodsun’s grave. We will rewrite the epitaphs on graves of all British soldiers in Lucknow and at other places so that the new generation knows the kind of atrocities that our forefathers have suffered at the hands of the British”, said Mr Misra.

For instance, RAVA wants the epitaph at Hodsun’s grave to read thus: “Here lies the grave of coward Major Hodsun. He killed more than 500 unarmed men, women and children in Delhi. He shot the unarmed sons of Bahadur Shah Zafar point blank. He committed atrocities on Jats, Gurjars, Mewatis, Muslims, dalits and OBCs and was finally killed by brave Indian soldiers at Begum Kothi in Lucknow”.

The group also targeted the grave of Henry Havelock. They broke the lock on the gates that protect the structure and placed a new epitaph beside the existing one, reading “Henry Hsvelock was a cruel British officer who hanged thousands of innocent civilians between June and September 1857. He burned hundreds of villages and died after being wounded by an Indian soldier in November in Lucknow.”