India   All India  13 Apr 2020  Covid19 outbreak: How far has India reached in flattening the curve?
India, All India

Covid19 outbreak: How far has India reached in flattening the curve? 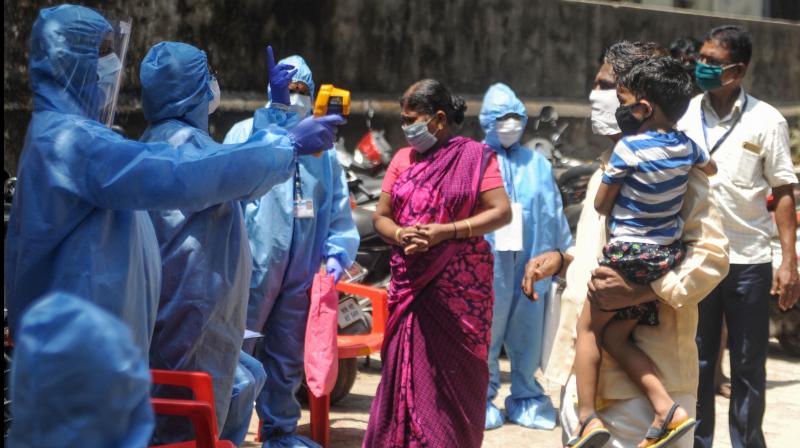 Nearly 35 new coronavirus fatalities were reported on Monday, which puts the total toll in the country to 308. According to the health ministry, as many as 856 people have been cured of the virus and were discharged. The number of active cases in the country now stands at 7,987.

To understand these numbers, it is important draw comparison with other countries.

India's Covid19 cases crossed the 1,000 mark nearly 2 months after the first case was reported. After that, it took only 14 days for the cases to surge past 9,000

In contrast to these two countries, India still fares far behind in the total number of cases.

The low death toll and cases being reported may be attributed to the nation-wide lock down imposed on March 24th, or to the testing per a million population being carried out in the country.

A day after the lock down was announced, on March 25th, the total number of cases stood at 657, a rise of 131 cases from the previous day.

However, the low rate of cases in the country could also be attributed to low rate of testing per a million population.

But, like the cases, the mortality rate in the country too, is much lower than other countries like USA and Italy. On March 25th, on the first day of lock down, there were 12 deaths in the country, as opposed to April 12th, when 39 deaths were reported.

Many states across the country have already extended the lock down for another two weeks. But could a mere lock down flatten the curve of the pandemic in the country?

As WHO’s director general Dr Tedros Adhanom Ghebreyesus called on to “test test test” to detect the COVID19 cases, aggressive testing and contact tracing needs to be taken up across the country in the next fortnight to avoid the soaring rate of fatalities that other countries are currently experiencing