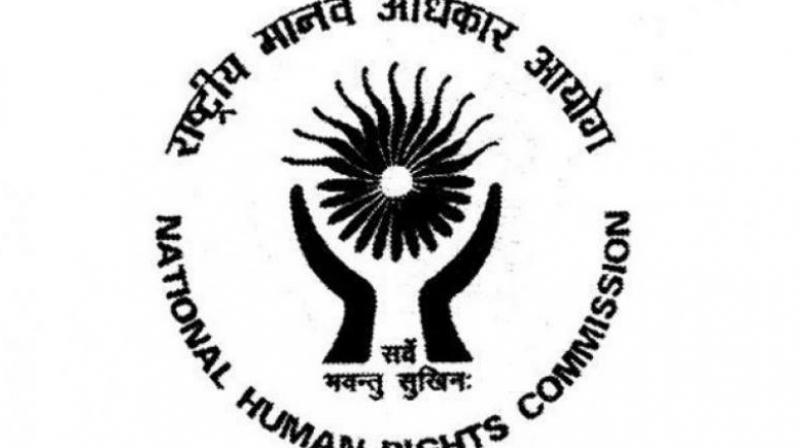 The state authorities have to intimate the NHRC about existing or proposed mechanisms to the deal with the issue, it said.

New Delhi: The National Human Rights Commission (NHRC) has sent notices to the Union information and broadcasting ministry as well as the Telangana government, seeking detailed reports into a protest by a Telugu actress who stripped in public to highlight her complaint of sexual exploitation of women in the regional film industry. A statement issued by the NHRC said  that the state government and the ministry have been to submit its reports within four weeks.

After the protest by the actress, the Movie Artistes Association (MAA), an apex body of the Telugu film industry, had said on April 8 the aspiring actress would not be made a member of the organisation.  The police had also booked the actress under Section 294 of the Indian Penal Code (obscene acts in a public place). The apex body said, “It appears to be an attempt to muzzle the voice of a whistle-blower both from the side of MAA and the state authorities.”

The state authorities have to intimate the NHRC about existing or proposed mechanisms to the deal with the issue, it said.

The commission is of the opinion that the “reported prohibitions imposed upon the actress”, barring her from acting in films and stopping others from working with her, were a “violation of her right to livelihood and live a life with dignity”. The NHRC observed that the “issues raised by the actress demand action on the part of the state government in the form of a committee to address and redress the grievances of female actors and women employees, in case of any sexual harassment at the workplace i.e., the Telugu film industry in this case”.

The Sexual Harassment of Women at Workplace (Prevention, Prohibition and Redressal) Act, 2013, has broadly laid down provisions to prevent sexual harassment of women at their workplace. Under the Act, a workplace includes not only government organisations or offices but also private ventures. The statement  said : “The commission has also observed that reportedly, legal action has been taken against the actress under Section 294 of the IPC, but it is nowhere mentioned, if action on the serious allegations of a casting couch and sexual harassment, levelled by her, has been taken by the authorities.”.

The actress had on April 7 staged a semi-nude protest outside the Telugu Film Chamber of Commerce. She had also alleged that local artistes were not given enough opportunities in the industry, and that the MAA had denied her membership.  Rejecting her charges a day after the protest, office-bearers of the MAA had said several Telugu actresses had over the years got adequate opportunities in their film careers. The NHRC said,  “The MAA, reportedly, has even moved further stating that action will be taken against any artiste who decides to share screen space with er.”