Doval's meeting with Yang, the Politburo member of the CPC, comes ahead of several key dialogues between the two countries. 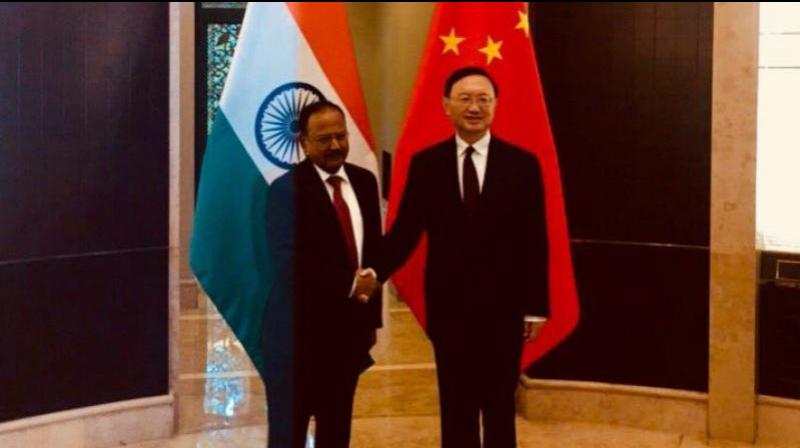 Beijing/New Delhi: National Security Advisor Ajit Doval on Friday held talks with top official of China's ruling CPC Yang Jiechi in Shanghai, the Indian Embassy in Beijing said, the second meeting between the two officials after the Doklam standoff in 2017.

Doval's meeting with Yang, the Politburo member of the CPC, comes ahead of several key dialogues between the two countries, which are trying to reset the ties after the last year's 73-day long standoff at Doklam.

The Indian Embassy in a brief statement said that Doval and Yang, both special representatives of the India-China boundary talks, held talks, but gave no details about the meeting. Yang is also Director of Foreign Affairs Commission.

Yang attended the 20th round of boundary talks between the two countries in Delhi in December 2017 during which both sides decided to reset the ties with more interactions.

Since December, the two sides are trying to iron out differences on the China-Pakistan Economic Corridor, India's entry into the Nuclear Suppliers Group and China blocking the efforts to designate Jaish-e-Muhammad chief Masood Azhar as a terrorist by the UN.

The two countries are preparing for a series of high-level interactions leading up to Prime Minister Narendra Modi's proposed visit for the Shanghai Cooperation Organisation (SCO) summit in June.

External Affairs Minister Sushma Swaraj and Defence Minister Nirmala Sitharaman are scheduled to be in Beijing on April 24 to attend different meetings of the SCO and interact with their counterparts from the member states.

The eight-member SCO, in which India was a latest entrant along with Pakistan, is due to hold its summit in the Chinese city of Qingdao.

Ahead of the summit, the organisation which is focused on anti-terrorism cooperation is holding a host of ministerial and officials' meetings to work out a firm agenda for the summit to provide a new direction to the grouping. SCO Foreign and Defence Ministers meetings are also scheduled on April 24 and almost around the same time, according to officials here.

Both sides attach lot of significance to these meetings to reset the ties as they were taking place after President Xi Jingping has commenced his second-five-year tenure last month with the prospect continuing in power for life following the removal of two-term limit for the president.