The Rowlatt Bills introduced in the Imperial Legislative Council on 18 January 1919 came as a bombshell. 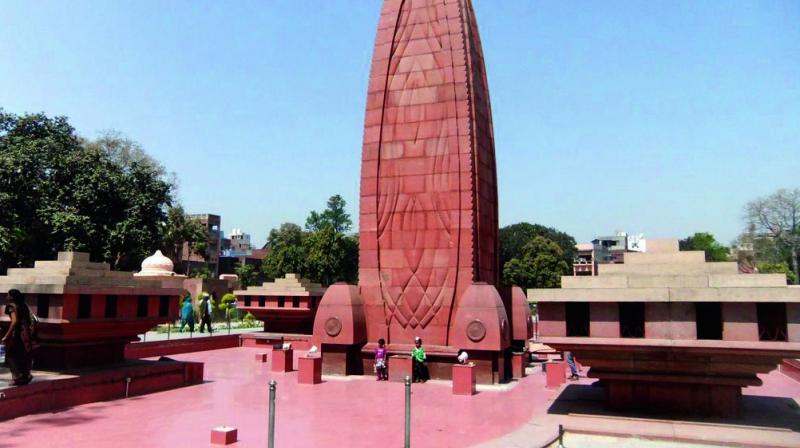 When the First World War had ended a session of Indian National Congress, under the presidentship of Madan Mohan Malaviya, was held in Delhi. It was expected that there will be a change in Britain’s attitude towards India specially so as American President Wilson, British Prime Minister Llyod George and other world leaders had declared the principle of self-determination after the war.

The Delhi Congress, therefore demanded dominion status. Instead of paying any heed to the demands of the Congress, Britain, decided to introduce Rowlatt Bills which had repressive provisions to curtail civil liberties.

The Rowlatt Bills introduced in the Imperial Legislative Council on 18 January 1919 came as a bombshell. The first bill sought to amend the Indian Penal Code to enable the executive wing of the government to restrain any activity deemed prejudicial to the security of the State. The second bill aimed at giving the Government of India discretionary powers “to short circuit the process of law in dealing with political crime”. These bills were condemned by all sections of Indians.

During this time, Gandhiji was in Madras as C. Rajagopalachari’s guest. An idea occurred to him in a dream that India should observe a hartal to protest against the act. This was the origin of the first concerted and popular countrywide agitation against the British in India. As Motilal Nehru noted, “A new force was introduced into our politics, a force with the most tremendous potentialities. India’s masses were suddenly awakened and the message of satyagraha entered our humble home.”  Even those Congressmen who did not agree with the language of the satyagraha pledge, did not disagree with its fundamentals — truth, fearlessness and non-violence, for Gandhiji asked them to comprehend the problem spiritually. Gandhiji drafted a pledge in consultation with his colleagues of the satyagraha sabha: “In case these bills are passed, we shall refuse civilly to obey these laws and such other laws as a committee, to be hereafter appointed, may think fit, and...in this struggle, we will faithfully follow truth and refrain from violence to life, person or property.”

Gandhiji asked his countrymen to suspend all business on April 6 and fast and pray that day. The hartal, observed in some places led to mob violence followed by brutal police action. The places worst affected were Delhi, Bombay, Ahmedabad and Nadiad.

There was firing at many places. Some British and Indian officers were killed. Greatly distressed by the violence, Gandhiji called off the satyagraha calling it his “Himalayan miscalculation”, but not before a tragedy of Himalayan proportions had overtaken Punjab, the facts of which came out much later after the ghastly event.

At Amritsar on April 10, 1919 Dr Saifuddin Kitchlew and Dr Satyapal, popular leaders of the Punjab were invited by the deputy commissioner of Amritsar to his bungalow where they were arrested and taken away to an unknown destination. A procession was organised to the deputy commissioner’s bungalow to enquire as to what had happened to the two leaders. Troops opened fire on the peaceful procession, which resulted in many deaths.

Infuriated by this, a section of the crowd lost control and killed five Englishmen in their offices and burnt some  buildings. Parts of the Punjab were put under Martial Law.

The most shocking tragedy of the struggle was enacted on April 13, the Baisakhi day, observed as  New Year in the North.  A huge public meeting was held in Amritsar at a place called Jallianwala Bagh. Nearly 20,000 men, women and children had collected in a square, walled on all sides by multi-storeyed houses. It had only one narrow entrance. A posse of troops, led by General Dyer, stationed themselves at the entrance. Then a soldier opened fire on the unarmed and peaceful crowd. There was no way of escape for the people. About 1,600 rounds were fired and the firing ceased only when the ammunition was exhausted.  Hundreds of peaceful citizens, including women and children, were massacred. Hundreds more were injured and left to die without medical attendance or even water.

Martial law was imposed on the whole of the Punjab. What followed was a reign of terror. Many leaders were arrested. On a street in Amritsar, civilians were compelled at the point of the bayonet to crawl on their bellies. There was strict censorship of the Press. No reports of the happenings were allowed to go out of the province.

But as days passed, rumours about the diabolical doings of the authorities spread throughout the country. The news of Jallianwala Bagh massacre and other crimes in Punjab, suppressed initially, soon sent a wave of horror and indignation throughout the country. Jallianwala Bagh became a turning point in the history of freedom movement. A few days after the massacre, the AICC met and demanded an immediate enquiry into the outrages committed in Punjab. It  also resolved to undertake relief work.

Jawaharlal Nehru mentions in his autobiography: “The relief work was largely directed by Pandit Madan Mohan Malaviya and Swami Shraddhananda; the enquiry part was mainly under the direction of my father, M.C. Davar and C.R. Das, with Gandhiji taking a great deal of interest in it and often being consulted by the others. Deshbandhu Das especially took the Amritsar area under his charge and I was deputed to accompany him there and assist him in any way he desired.  That was the first occasion I had of working with him and under him, and I valued that experience very much and my admiration for him grew.  Most of the evidence relating to Jallianwala Bagh and that terrible lane where human beings were made to crawl on their bellies, that subsequently appeared in the Congress Inquiry Report, was taken down in our presence.”

The report called the Jallianwala Bagh massacre “a calculated piece of inhumanity towards utterly innocent and unarmed men, including children, and unparalleled for its ferocity in the history of modern British administration.”

The Congress demanded the removal of General Dyer and Sir Michael O’Dwyer from their posts. It appreciated Sankaran Nair’s resignation from the Executive Council of the Governor-General of India. It asserted that there could be no real peace in India until the Rowlatt Act was repealed.  The Congress chose Amritsar as the venue of the next Congress session under the presidentship of Motilal Nehru.

The Amritsar Congress (December 1919) was dominated by “a bitterly anti-British spirit”. There was an unprecedented gathering and one of the highlights was the procession led jointly by the Congress president, Motilal Nehru, and the Muslim League president, Hakim Ajmal Khan.

In his presidential address Motilal Nehru stated: “But saddest and most revealing of all was the great tragedy which occurred here on the Baisakhi day. No Indian and no true Englishmen can hear the story of the Khuni Bagh, as it is now aptly called, without a sickening feeling of horror. Our friend Mr C.F. Andrews, to whom this province and our country is so much indebted, has described it ‘as a cold and calculated massacre’. He says: “I have gone into every single detail with all the care and thoroughness that a personal investigation could command and it remains to me an unspeakable disgrace, indefensible, unpardonable, inexcusable. Such is the verdict of an Englishman.  What words, fellow delegates, can I use to express your feelings and mine whose kith and kin were mercilessly shot down by the hundred in cold blood? This is the deed which received the benedictions of Sir Michael O’Dwyer.  This is the deed which has been defended by official before Lord Hunter’s Committee.”

The Jallianwala Bagh tragedy and related events of martial law in Punjab and suppression of truth in findings of Hunter Committee shattered the faith of Mahatma Gandhi in the sense of the Britishers. He then decided to start non-cooperation movement which was taken up at the special session of INC in Calcutta in September 1920.

The writer, an ex-Army officer, is a former Member National Commission for Minorities