This positive move demonstrates India’s commitment to human rights and the promotion of socially responsible businesses. 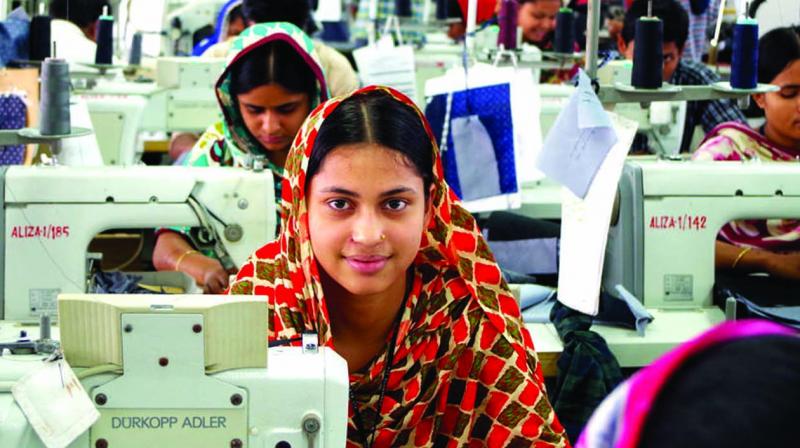 The move spells hope for the thousands working in the poorly regulated garment sector.

Last month the Indian government published a zero-draft National Action Plan (NAP) on Business and Human Rights. This positive move demonstrates India’s commitment to human rights and the promotion of socially responsible businesses. The zero draft in its initial form provides an overview of India’s legal framework that sets how the government’s duty to protect human rights, the corporate responsibility to respect human rights and access to remedy against business-related human rights violations. It is the first step towards kickstarting India’s alignment to the UN Guiding Principles on Business and Human Rights (UNGPs). Now it is critical to begin the processes of dialogue and engagement with key stakeholders including within government, the corporate sector, civil society, trade unions and workers themselves. A Working Group has already been constituted and will lead on the national and state level multi-stakeholder consultations.

The input from the consultations will be taken on board as the Working Group begins a comprehensive study to assess the implementation of UNGPs in India through a review of India’s legal and policy framework; identify key priority areas for the government for effective implementation of the principles envisaged under the UNGPs and accordingly set objectives. Time-bound policy actions to achieve objectives will follow and will articulate clear responsibilities to relevant ministries/departments of the Government of India.

Although companies from around the world are increasingly investing in India and sourcing goods and services, critical human rights issues remain unaddressed. Giant global brands such as Amazon, Unilever and Apple, and leading fashion brands continue their investment in India, the private sector is a critical partner to steer these goals. However, getting companies to understand their full responsibility to protect and respect human rights remains a challenge for all but the some of the most advanced sustainability/CSR teams across of the top-ranking companies. Human rights issues have shot up the agenda — along with the proliferation of social media where video and photo-documentation of human rights violations are at one’s fingertips.  NGO pressure, consumer interest, investor burdens, regulatory intervention and new technologies are coming together to make it harder for companies to hide.

Due diligence in an age of hyper-transparency
Human rights due diligence is about the prevention of adverse impacts on people. It concerns risks to people, not risks to business. When it comes to tackling rights abuses related to business, a company does not need to go it alone. This is where the power of partnerships and collaborations kick in. A collective voice can fast track positive change if the voices are in sync. Changes will not happen overnight, but they can lead to lasting impact over time. Businesses need to be cognisant and should not underestimate the leveraging power that they have in terms of their ability to flex its corporate muscles when confronted with systemic human rights abuses that it cannot fix alone. There must be checks and balances in place not only for companies operating within India, but also for Indian companies operating outside of India through subsidiaries or joint ventures.

A win-win scenario
The NAP for India will enable both government and businesses to make clear what ‘responsible business’ should look like. Hopefully then the message will not be ambiguous and will make the point that CSR is more than just charitable giving. It is important to understand that ‘Governments have obligations, and businesses have responsibilities’, and that legislation alone does not guarantee human rights. It is the implementation that matters. There to be genuine and sustained commitment on the part of the government. The implementation of the UNGPs can also contribute directly to the realisation of many SDGs for India.

Current action plans across the globe
To-date 23 national action plans (NAPs) on business and human rights that have been issued globally and 13 countries that includes India is currently taking steps to facilitate the development of national processes that would lead to the issuance of a NAP. These demonstrate government reaffirmation and expectation that business enterprises exercise human rights due diligence. While most NAPs are from countries in the West, other regions are picking up pace.

The UK Modern Slavery Act, 2015, requires companies with an annual turnover of more than £36 million to publish an annual statement disclosing the measures they have taken to eliminate modern day slavery and trafficking from their supply chain. It was a first in Europe and followed the California Transparency in Supply Chain Act of 2010. In 2017 France passed its French Corporate Duty of Vigilance Law — one of the broadest measures to date, followed by Australia with its Modern Slavery Act 2018, effective from 2019. Similar legislations are already in place in the Netherlands, US and in EU countries. Canada is tipped to be the next jurisdiction. Canadian businesses that import into Canada may soon have to report annually on the risks of forced or child labour in their supply chains. Businesses found to be importing goods produced using forced or child labour maybe banned from importing to Canada. Concerted campaigning is also underway in Hong Kong to push for an anti-slavery law. Furthermore, globally, paying a living wage, deforestation, biodiversity, fire safety, land and tax transparency are also hot topics that more companies are being asked to measure and report on.

Turning risks into opportunities
In a country like India it’s not just about a company’s own operations and employees and the activities they directly control. For example in the garment supply chain, exporters own multiple production units and also regularly use numerous subcontractors. Then it is not just about first tier or main suppliers. It also includes the invisible members of the global supply chain and consists of women and children from India’s informal sector who are at the bottom of the employment ladder and paid miserable rates. Nevertheless the expectation on businesses today is clear. If their products or services are linked to human rights abuses, they have a responsibility to take reasonable steps to try to change that situation and set in motion an ongoing process of due diligence.

No reputable company wants the scourge of forced labour or other types of human rights violations of its workers. The same applies to a country such as India that places priority on ensuring the rule of law and combating all forms of corruption. India is clear in its intent to rid its territories of human traffickers, end child labour and sexual violence in its supply chains and ensure that its working people and others can live with dignity, respect and freedom.

The Zero Draft National Action Plan on Business and Human Rights is very much a step in the right direction. Upon its finalisation and effective implementation, the imperative will be on government and businesses to hold themselves accountable to human rights abuses that occur in their supply chains. India is uniquely placed to lead by example as the first country in South Asia to develop a NAP. The State as the economic actor needs to act on preventing rights violations as it is an inherent reflection of political will. That should never be underestimated.

The writer is an international development expert with two decades of global experience. Based in Asia, she works closely with businesses to promote corporate integrity and reinforcing effective ways to improve respect for human rights.