These assets belong to accused Brajesh Thakur and his family," the Enforcement Directorate (ED) said. 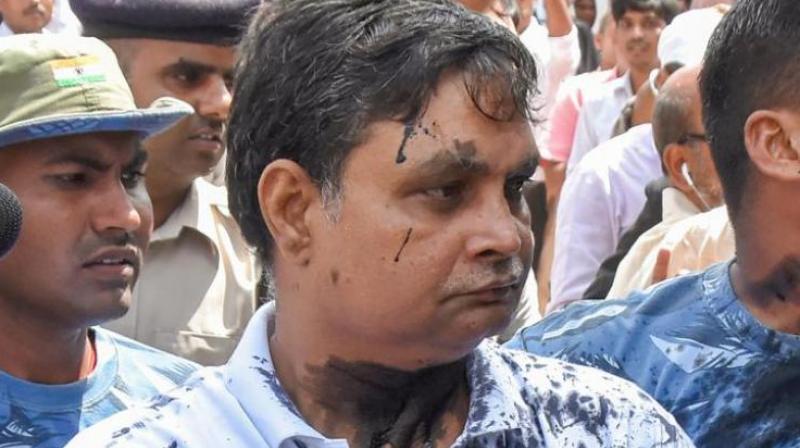 New Delhi: The ED Wednesday said it has attached assets worth Rs 7.30 crore, including 23 plots, of Bihar's Muzzafarpur shelter home sexual assault case prime accused Brajesh Thakur, under the anti-money laundering law. The case came to light last year after reports alleged that girl inmates of the shelter home were raped and sexually assaulted. The agency said it has issued a provisional order under the Prevention of Money Laundering Act (PMLA) for the attachment of assets of Thakur, the owner of the centre and the NGO, Sewa Sankalp Evam Vikas Samiti, that ran it. "Immovable and movable properties consisting of 26 plots of land, three vehicles, bank balance in 37 accounts and investments in mutual funds and insurance policies, totalling to Rs 7.30 crore, have been attached. These assets belong to accused Brajesh Thakur and his family," the Enforcement Directorate (ED) said. It said funds granted to Thakur's NGO by the government and others were "siphoned off" by him and his family members to allegedly amass illegal assets for themselves.

The ED had filed a PMLA case in this context in October last year after taking cognisance of a CBI FIR. "Huge funds were received by this NGO from the government and other sources which were meant to be spent on welfare of girl children and others. Investigation revealed that funds received by the NGO were not utilised for the stated objectives of the welfare of the children. "It has also been found that the funds received by the NGO were illegally diverted/siphoned off for acquisition of properties and personal use by Thakur and his family members," the ED said in a statement. It added that documents gathered during investigation "revealed that donation from other sources and government aid to the tune of Rs 7,57,48,820 was received by the NGO during the financial years 2011-12 to 2016-17." Thakur and his family members, the agency said, have "misappropriated these funds for their personal benefit and for acquisition of huge immovable and movable assets in their names." It said around Rs 1.53 crore funds were "transferred" from the account of the NGO to the bank accounts of 'Prath Kamal', a daily newspaper run by the accused, for acquisition of "huge movable and immovable properties and also for payment of fees for medical education of Thakur's son Mehul Anand." There are also huge cash deposits in the bank accounts of Thakur and his family members which they could not explain, the ED alleged. "The NGO has completely deviated from its aims and objectives," the agency charged. The alleged sexual exploitation of the girls was first highlighted in an audit report submitted by the Tata Institute of Social Science (TISS), Mumbai, to the state's Social Welfare Department in April, 2018. An FIR was lodged in May 2018 against 11 people, including Thakur, the owner of the NGO which ran the government-funded shelter home for destitute girls. The probe was later taken over by the CBI and it has also filed a charge sheet. In all, sexual abuse of 34 inmates out of 42 was confirmed in their medical examination.

All the accused have denied the allegations levelled against them by the CBI and said there was not enough evidence to prosecute them. CBI had earlier claimed in the court that several girls were sexually assaulted in the shelter home and charges for the offences under various provisions of the Indian Penal Code (IPC) including Section 375 (rape) and POCSO Act were made out against the accused. On February 7, the Supreme Court had ordered transfer of the case from Bihar to a Protection of Children from Sexual Offences (POCSO) court in Saket District Court complex in Delhi and had said that trial in the case be concluded within six months by preferably holding day-to-day hearing.