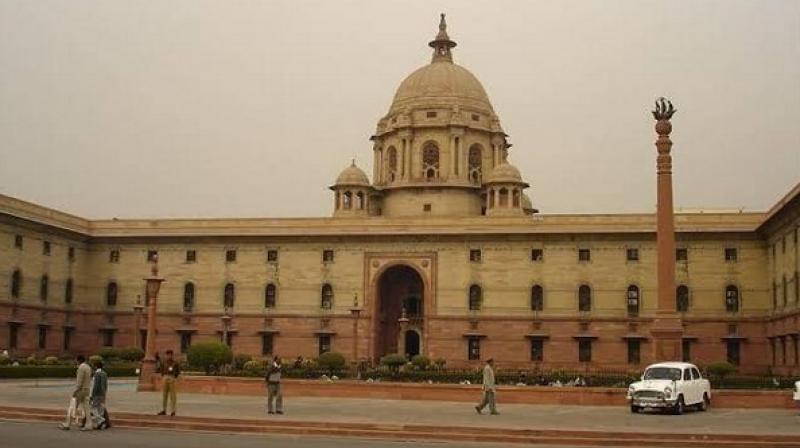 Sources said announcement of general elections won't be an issue as there is precedence in this regard. (Photo: ANI)

New Delhi: The Defence Ministry has initiated the process to appoint the next chief of naval staff as the incumbent Admiral Sunil Lanba is scheduled to retire from service on May 31 this year.

"A proposal has been initiated with the names of senior-most officers in it for the appointment of the next Navy chief. A decision in this regard is expected to be announced very soon," government sources told ANI.

As per seniority list of the Navy, Vice Admiral Bimal Verma is the senior-most among the top three officers of the maritime force followed by Vice Admirals Karambir Singh and Ajith Kumar, respectively.

However, sources did not rule out the possibility of supersession in the appointment as the service record of one of the senior officers has the mention of the Navy war room leak case in it.

On whether the announcement of general elections and model code of conduct will have any impact on the appointment, the sources said this should not be an issue as there is precedence in this regard.

The UPA government in April 2014 before the polling process was completed had appointed Admiral Robin Dhowan as the chief of Navy after the controversial resignation of Admiral DK Joshi in view of the submarine mishaps on February 26, 2014.

It also went ahead to announce the appointment of General Dalbir Singh as the Chief of Army Staff almost two months before the retirement of his predecessor Gen Bikram Singh.

Vice Admiral Ajith Kumar is heading the Navy's sword-arm Western Command in Mumbai and looks after the international maritime boundary with Pakistan.