Diabetes was associated with a 26 per cent increased risk of death from any cancer in Asians. 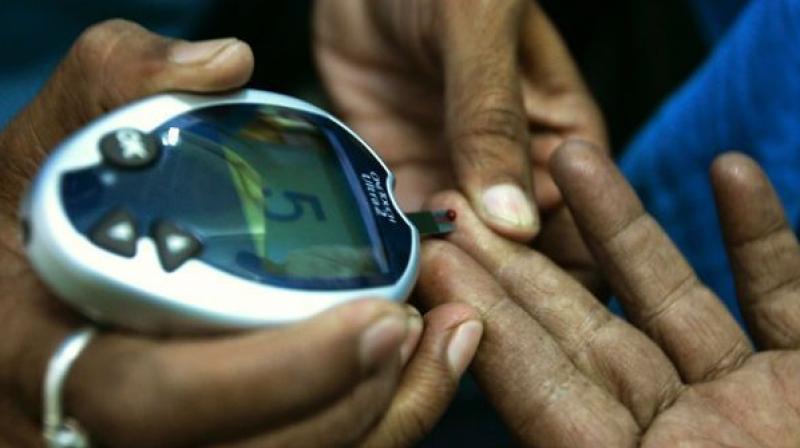 The number of cancers of the gallbladder and bile ducts in Asia were comparable to those in the West.

New Delhi: Public health experts at New York University’s School of Medicine have found that diabetes increased the risk of cancer death in Asians. Researchers also revealed that Asians with Type 2 diabetes are more likely to be diagnosed with rarer cancers than Westerners, including cancers of the liver, thyroid and kidney, which was double the risk compared to non-diabetics in Asia.

According to the study, published in medical journal Diabetologia, “Diabetes was associated with a 26 per cent increased risk of death from any cancer in Asians. The pattern of associations with specific cancers suggests the need for better control (prevention, detection, management) of the growing epidemic of diabetes (as well as obesity) in order to reduce cancer mortality,” it said.

Stating that the study is an eye-opener for physicians in India, Dr Anoop Misra, National Diabetes Obesity & Cholesterol Foundation president recommended using metformin, a frontline diabetes drug, for its anti-cancer property. “Cancers as result of diabetes is often not known, or being clearly forgotten by most Indian physicians. Any unusual weight loss or any other symptoms in patient of diabetes should be investigated aggressively for cancer. Interestingly, metformin, a frontline diabetes drug, has anti-cancer property, and should be used in maximised dose,” he said.

The study aimed to evaluate the association between Type 2 diabetes and the risk of death from any cancer and specific cancers in East and South Asians found that there was more than two-and-a-half times increased risk of cancer of the endometrium and a 1.7 times higher risk of breast cancer among diabetic Asians compared to those who were not diabetic. The number of cancers of the gallbladder and bile ducts in Asia were comparable to those in the West.

The study drew on an analysis from about 770,000 people with Type 2 diabetes throughout East and South Asia. Diabetics were followed for an average of 13 years to see if they developed cancer and what types. During that time, more than 37,300 cancer deaths were identified.

Study’s lead author Yu Chen, an epidemiology professor at the NYU School of Medicine’s Department of Population Health, said Asians with Type 2 diabetes are more likely to be diagnosed with rarer cancers than Westerners. There may be several mechanisms at work, but data suggests that insulin may in some way stimulate the growth of cancer.

According to her, Type 2 diabetes should be added to the list of cancer risk factors, along with diet and cigarette smoking. “Cancer prevention needs to take into account for diabetes,  which may reduce the risk of diabetes and also cancer,” she added.