This is first time that Bhadauria has spoken out on the terms of Rafale since Cong and other Oppn parties have started raising questions. 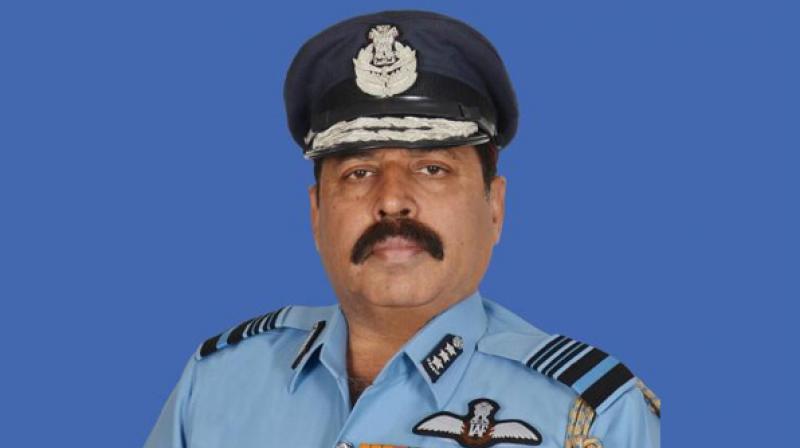 Bhaduria told ANI that the observations by the three members were part of the deliberations of the INT and could not be viewed as a 'dissent note' as stated in a newspaper report on Wednesday. (Photo: ANI)

New Delhi: Breaking his silence, the chairman of the Indian Negotiating Team (INT) in the 36 Rafale deal Air Marshal RKS Bhadauria on Wednesday said three members of his team had raised certain objection points which were "not dissent" as these were “suitably included and addressed” in his final report.

Bhaduria told ANI that the observations by the three members were part of the deliberations of the INT and could not be viewed as a 'dissent note' as stated in a newspaper report on Wednesday.

“These observations from three members were given to me as the INT chairman. This was not a dissent note. All the issues brought out were discussed earlier also since these points were brought up during discussions within INT and taken up in external negotiations,” Bhadauria said while commenting on a media report which suggested that three members had submitted an eight-page "dissent note".

This is the first time that Bhadauria has spoken out on the terms of the Rafale deal since the Congress and other opposition parties have started raising questions on various facets of the multi billion dollar Rafale deal.

Bhadauria explained that the points raised by the three members were earlier also discussed by them and later on “these observations were put in writing by these members.”

“All the issues were suitably included in the INT Report and also addressed in the forwarding note by me as the Chairman of the INT. It must be understood that the INT Report was without any dissent note.”

He said “these observations must be seen as part of deliberations of INT which were taken into account before the report was finalised and forwarded.”

Asked about the observations of the Ministry of Law and Justice that there was no sovereign guarantee from the French side in the Rafale deal, Bhadauria said the “final formulation of the Inter-Governmental Agreement (IGA) was approved by the Law Ministry.

Bhadauria was the Chairman of the Indian Negotiation Team for the 36 Rafale aircraft contract from December 2015 till September 2016 when the contract was signed with France for acquiring 36 Rafale fighter jets.

He had taken over the Chairmanship from Air Marshal S B P Sinha, who headed the negotiations team before he got promoted and was posted as the Central Air Commander in Allahabad.

From December 2015, Bhadauria came in as the Deputy Chief of Air Staff in air Headquarters and was appointed as the Chairman of the INT.

Significantly, the first Rafale aircraft to be delivered to India, likely in September this year, will have 'RB-008' inscribed on its tail as a mark of tribute to Bhaduria for successful negotiations of the deal.

At present, Bhadauria is the commander of the Indian Air Force’s Training Command in Bengaluru looking after all the Training establishments of the force.