Some 137 aircraft, including 81 fighter jets, are going to take part in the exercise to showcase the Indian Air Force’s strength. 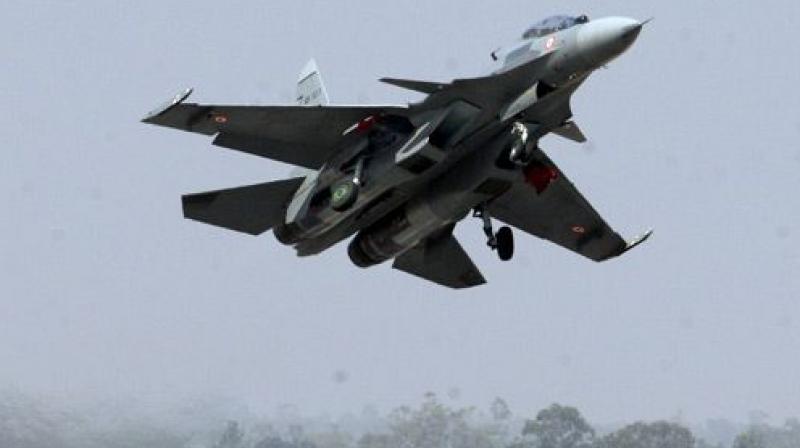 Vayu Shakti is held once in three years. (Representational image)

New Delhi: Indian Air Force will demonstrate its lethal capability to the world on Saturday at the “Vayu Shakti-2019” to be held in the Pokhran field firing range of Jaisalmer.

Some 137 aircraft, including 81 fighter jets, are going to take part in the exercise to showcase the Indian Air Force’s strength. Vayu Shakti is held once in three years. MiG, Jaguar, Su 30, Hawk, Tejas and Mirage 2000 are among other jets  which will participate in the exercise.

“Vayu Shakti, which is a fire power demo, is basically display of what can be done to identified targets whether on the ground or in the air. So what you see is a mix of lethality and precision,” said IAF’s Vice-Chief Air Marshal Anil Khosla on Tuesday.

He said that a variety of weapons will be used during the demo-nstration, including guns, rockets of different calibre, bombs, smart weapons, surface-to-air-guided weapons and air-to-air weapons.

The demonstration will be carried out during day, dusk and night to showcase the capability of IAF to operate 24x7. For the first time Vayu Shakti-2019 will showcase upgraded MiG 29 in air-to-ground role and Akash firing.

It will showcase IAF’s ability to detect targets, swiftly identify them and neutralise the targets with precision. Some eight bases will participate in the exercise including Jaisalmer, Jodhpur, Bathinda and Hindan.

The first fire power demonstration was held in 1953 at Tilpat range in New Delhi.