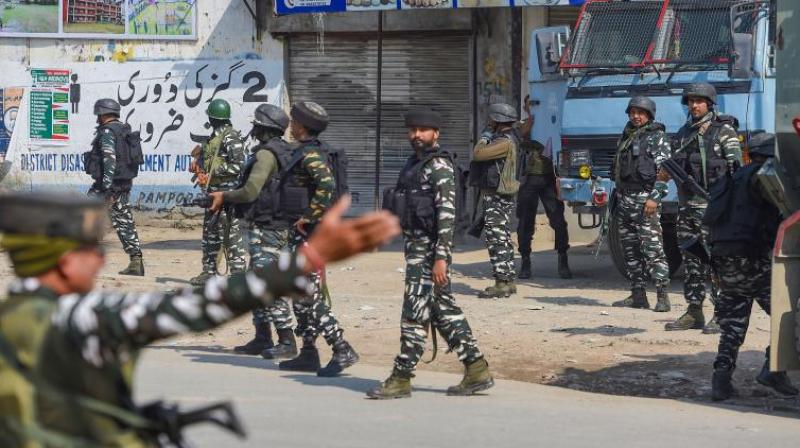 Srinagar: A Jaish-e-Mohammad (JeM) terrorist and a policeman were killed and five people, including three soldiers, injured in an encounter in Jammu and Kashmir's Kulgam district on Wednesday, police said.

Security forces launched a cordon and search operation in Pariwan area of the district following information about the presence of militants there, officials said

They said the search operation turned into an encounter after militants opened fire towards the position of security forces.